Trucking companies have been using dash cams for years to help prove innocence in the event of a crash, to make sure truck drivers are paying attention to the road and more.

A more recent technological development in dash cameras has brought artificial intelligence into the fold, which can give fleets using AI cameras even more visibility into what is going on in and around their trucks, and also help drivers avoid crashes by predicting traffic patterns using data.

As reported recently, the National Highway Traffic Safety Administration’s numbers show the first half of 2021 saw the most traffic fatalities through six months in 15 years. Additionally, the Federal Motor Carrier Safety Administration reported that fatal crashes involving large trucks increased from 2018 to 2019.

AI dash cams, such as those from Smarter AI, feature advanced driver assistance systems and driver monitoring systems to provide truck drivers with data in the cab to help them make better decisions on the road.

Chris Piche, founder and CEO of Smarter AI, said now with AI, cameras can be active devices that understand the environments around them rather than passive devices that only relay video without additional data.

Piche said some big reasons he sees traffic fatalities rising in the U.S. and around the world are distracted driving, complacent driving, as well as more inexperienced drivers on the road.

With AI video telematics, Piche said in-vehicle cameras and sensors can be combined with AI “to understand in real-time what’s happening both inside and around a vehicle.”

Hear more about how AI cameras can help increase fleet safety on this week's 10-44 webisode in the video above.

Piche said his system can play messages in real time to the driver in the cab, reminding them to pay attention to the road if they become distracted. It can also, in near real time, evaluate “driver profiles” that the system creates based on a driver’s habits to then be able to offer coaching to improve any areas where the driver may need assistance.

The data collected by the cameras can also be useful with infrastructure development and planning, Piche added, by identifying certain roads or intersections that are unsafe to help improve them over time.

Using a system Piche calls “sensor fusion,” Smarter AI’s cameras can be used in a way that make them context-aware, he said. The system uses data from the vehicle to determine if it’s moving, then combines that information with what its cameras are seeing. If a truck is parked and the driver is sitting in the front seat texting, it won’t trigger an alert. But if the truck is traveling down the highway, it can use the vehicle data to determine if the driver is being unsafe.

When an event notification is triggered in the cab, fleets can also choose to have those notifications delivered to a safety manager or someone in the office, giving the fleet visibility into what’s going on in their trucks in real time.

If a truck using AI cameras is involved in an accident, the video and sensor data can be used in accident recreation to determine a variety of factors that were happening in and around the truck at the time of the crash. Piche said this could be valuable for fleets in avoiding litigation or exonerating themselves in the event of a crash. 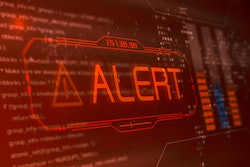 Cyber threats in trucking have skyrocketed since the onset of pandemic 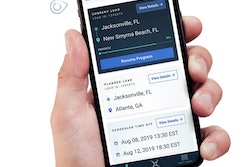 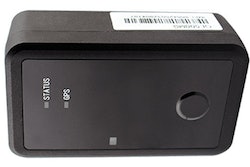