It’s a truism that change always is part of life.

We experience this in our own physical and mental growth — from childhood to old age. We see it in stereotyping generations like Baby Boomers, Gen X’ers, Gen Y Millennials, Gen Z’ers, and most recently Snowflakes — a characterization of differences reflecting changes in many factors over time. We see it in technologies and businesses.

What is also a truism is a love of constancy, or more exactly, a hatred of change. This can be labeled as decision bias – a preference for the known over the unknown.

I started my 40-year career as a coop student working on helping quiet a diesel cabover tractor that held a major share of the market. On a good day pulling a standard 48’ trailer, going downhill with a tailwind, that truck probably averaged 5 mpg at the maximum speed at the time of 55 mph. Today, I write about new production aerodynamic conventional tractors pulling 53’ aerodynamic trailers on highways with speed limits of 75 mph or more that can average above 10 mpg, and do it with a fraction of the emissions of that old cab over. The constant evolution in freight movement should be obvious, yet it can take years for technologies to win or earn the majority of market share versus the status quo.

I recently read back-to-back stories in an industry publication where the first article highlighted all the zero-emission vehicle (ZEV) models that are slated for production launches this year. The second article was about how traditional diesel internal combustion engines are never going away, and how the ZEVs are just going to be niche market vehicles. Both stories were supported by factual information, but one reflected a forward perspective of embracing change. The other? A denial of it.

I can imagine a number of parallel experiences in our collective past.

One most adults today can remember is film cameras. Companies like Kodak and Fujifilm had film product available literally everywhere in 1981 — every grocery store, pharmacy, gas station, merchandise store, tourist shop — they even had their own kiosks in parking lots. There were endless models of cameras ranging from single use disposables, to high-end equipment to use all that film. Kodak started making photographic media in 1880. The company had $10 billion in sales in 1981. That’s nearly $30 billion in today’s dollars. Kodak’s consolidated revenue in 2020 was $1 billion. Fujifilm began in 1934. The company’s 2020 reported consolidated revenue was approximately $20 billion. As late as 2000, sales of film accounted for 72% of Kodak’s revenue and 66% of Fujifilm’s.

Along comes digital photography, first with grainy low-resolution cameras before progressing quickly to high-resolution ones. By 2010, demand for photographic film had fallen to less than 10% of its 2000 peak. Today some of the latest smart phones have four cameras on them. No one needs film media because if a hard copy is desired, it likely comes via a computer printer with media provided by companies like HP Inc., Epson, Canon and others.

Kodak actually had a significant share of digital camera production, exceeding 20% of the U.S. market share in 2005. Very quickly Kodak and Fujifilm lost market share to digital camera manufacturers such as Canon, Nikon and others, and then continued digital camera losses to the massive growth of cameras in ubiquitous smart phones. Faced with a changing market place for color film media, how did one company succeed while the other stumbled? How did these companies deal with a much simpler technology obsoleting their primary income stream?

The key difference in the history of Kodak and Fujifilm is one of robust diversification.

One company successfully diversified, while the other struggled with market changes. According to Fujifilm’s president, Shigetaka Komori, the company recognized the peak of sales in 2000 and aggressively transitioned the company through a massive diversification, moving into producing products for new emerging markets, such as materials for flat screen displays, drugs and cosmetics. The company actively pursued absorbing other companies to further diversify.

I am not an expert on either company, but I do have my share of largely obsolete film cameras and even a few rolls of undeveloped film that remind me of the these two brands. For a more in-depth look at both of these companies, see an excellent summary by Oliver Kmia on PetaPixel, which references articles from Forbes, The Harvard Business Review, Shigeta Komori’s book, Innovating Out of Crisis, and notes from Harvard business case study on Kodak by Ernest Schedyder .

A raft of new competitors also has entered the market as OEMs and system suppliers. You can smell change in the air like a shark can smell blood in the water. Major fleets are making commitments to leave the internal combustion engines (ICE) behind over the next 20 or so years. States are enacting evermore stringent demands on emissions from ICE vehicles and even outright bans over that 20-year timeline. It’s not just a U.S. change either. Canada is on a path to low and zero emissions. Regions like Europe are on similar paths. Many countries are taking initial steps toward reducing dependence on vehicles powered by diesel engines.

Initial market volumes for new technologies are traditionally slow as both the manufacturer and the customer has to ramp production and deployment over time. Projections by industry leaders like Volvo Trucks North America President Peter Voorhoeve show market dominance of zero-emission tractors by 2040. However, diesels likely still will be in play at that time. Trucks have long lives and older technologies will be around for a while. Designers will keep innovating on CO2, NOx and particulate emission reductions, and renewable forms of diesel and natural gas likely will grow in use. We might even see other fuels used in engines beyond propane.

In 2000, Kodak had Fujifilm had film photography market dominance. Today, film media and equipment is a niche market.

The future of power systems for heavy-duty trucks and tractors is not written. NACFE refers to the next decade as the “messy middle” with many competing and complementary technologies vying for market share. The companies that are successfully diversifying now have the potential to grow into future market leaders.

Companies that fail to reduce risks from the variability of market changes may find themselves in the footnotes of economic papers or may become niche market players along with past market brand giants like Baldwin Locomotives, American Locomotive Company, Royal Typewriter Company, TWA, PanAm, Wards, Sears, Blockbuster and others that were slower to diversify and address their market risks. Each of these companies has their own story and explanations, but each brand is no longer the market giant it once was.

2022 is sizing up to be a very good production year for diesel and ZEV truck makers and fleet buyers as the supply of critical components improves.

When the color film market was at its peak in 2000, Komori said, “A peak always conceals a treacherous valley.” Fear of change may be a natural reaction to change, but as Franklin Roosevelt so aptly stated back in his 1933 inauguration speech, “The only thing we have to fear, is fear itself.”

I’d add, change is to be expected. 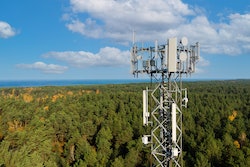 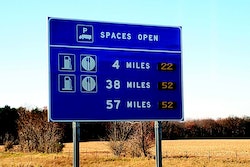 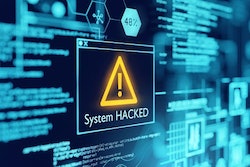