ELD selection should not be taken lightly according to trucking experts who say that beyond setting high expectations in the C-Suite, carriers should avoid obsessing over cost and turn to additional stakeholders who can better ensure the best pick for the price.

When former trucking consultant Louis Giardelli, who now leads information technology at Veltri Trucking, was shopping for ELDs he saw a red flag when a provider made cost an issue.

“I think one of the things that turned us off on one of the providers towards the end was cost,” Giardelli said during a recent TCA webinar hosted by ELD provider ISAAC Instruments. “It was, ‘What number can I give you to make this happen?’ And that was probably the worst thing someone could have said to us. Not that cost didn't matter. It did matter. The cost needed to be competitive but I didn't want somebody to sell their soul for our business.”

Giardelli also said it was important to raise company expectations at Veltri, a roughly 150-truck regional hauler in Washington, Penn. Since routes are under 150 air miles, hours-of-service requirements aren’t the driving concern. However, electronic data interchange (EDI) is an important factor that if not functioning properly can lead to a lot of headaches and lost efficiency, as was the case when Veltri tried using consumer grade tablets with an ELD app.

“I found that the technology that we had in place was completely unreliable,” said Giardelli who added that prior to his arrival at the 74-year-old company a decision had been made to focus more on an ELD solution that was “less expensive to get the job done based on what a lot of companies were doing.”

That decision to run with the pack and buy a cheaper solution has led to troubling inefficiency.

“It's a battle fo the back office people to finish up what should have been done by the unit and the driver,” Giardelli said. “And it's just a plethora of issues. Sometimes the trips don't get there. Sometimes the battery’s dead. Sometimes it's out of a geographical location and it can't figure out where it is.”

To help determine how the carrier could improve EDI and thus its bottom line, Giardelli turned from anecdotal evidence and leaned on data to get a better sense of performance. Since hours-of-service don’t apply at Veltri, the word ‘compliance’ means obtaining operational excellence and Giardelli didn’t like what he saw.

“We started gathering and measuring the information,” Giardelli said. “We said that our compliance level is 74% peak and some people were very happy with 74% of compliance, meaning that the driver was able to get an order, complete it and the customer was updated. I was like, ‘That's unacceptable. I don't know where that would ever be acceptable.’”

Huddle up and ask the hard questions

Now realizing that it was a time for a change, Veltri began searching for another ELD provider. This time with Giardelli on board their latest search would be less focused on cost and more on improving performance.

“That's one thing I really enjoyed seeing with Veltri was that they weren't afraid to ask the hard questions because they've felt the pain in the past and they've learned from it and they know what they want for their future solution,” said ISAAC Instruments technical solutions specialist Trent Gilles.

Veltri’s more thorough search included seeking out references that had recently signed up for an ELD. Gilles applauded that approach.

“The other piece of it is what happens after the contract from a maintenance and ongoing maintenance and support perspective, talking to experienced references to say, ‘Okay, now that the honeymoon phase is over, what does that look like in terms of our relationship with our partner versus a vendor?” Gilles said.

Getting more stakeholders involved in the selection process is also a wise move, Gilles said.

“One piece that I think a lot of people kind of forget about is it's always about the technology, but it's also about the execution, which means you have to look at the people who are going to make it happen,” Gilles said.

Whereas a steering committee in the past may have had five or so decision-makers, that kind of approach doesn’t bode as well as technology expands and businesses become more competitive in recruiting and retaining talent during a labor shortage.

“Today [steering committees] have somewhere between six and 11 members,” Gilles said. “Avoid blind spots by bringing in key stakeholders across the departments and that includes drivers too because the one thing you'll understand from the pain perspective is some of the pain is usually felt by the end users.

“The pain, the frustration and the challenges that the company is facing is felt by them first,” Gilles continued. “Include your driver leads and your driver managers in the selection criteria so you can get the right fit—and the fit being the right solution, not the cheapest solution. It's got to be able to extend your business, not curtail your business.” 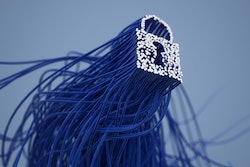