How the government stole $4.8 trillion from truck drivers

Throughout our lives we rely on a multitude of goods and services to prosper as individuals and collectively as a nation, and no industry is more central to that story than trucking.

When President Franklin D. Roosevelt signed the Fair Labor Standards Act (FLSA) in 1938, the economy was recovering from the effects of a severe depression. For decades prior, many organizations and individuals believed that by setting “a floor under wages,” and a “ceiling over hours” that would curb or eliminate unfavorable labor conditions. Even though the FLSA guaranteed overtime pay to many workers, the same law has a motor carrier exemption, which says “any employee with respect to whom the Secretary of Transportation has the power to establish qualifications and maximum hours” is not guaranteed overtime pay.

When a driver works 70 hours in eight days as per hours of service rules (assuming two weeks off annually) that driver is actually working 3,071 hours, which reduces their hourly rate to $16.90.  Still, that calculation also assumes that there is no unpaid working time, which is a completely false proposition. Finally, when fully accounted, drivers’ wages fail to even meet a $15 per hour minimum wage.

Since Congress passed the FLSA in 1938 that ended the requirement for overtime pay differentials for truck drivers for all hours worked beyond 40 hours per work week, we have effectively subsidized transportation costs at the sole detriment of truck drivers’ earnings. The easy, economically viable and socially equitable solution is to eliminate the overtime pay exemption under the FLSA.

Using the example above, the same company driver who worked 3,071 hours in a year at the $24.96 hourly rate that ZipRecruiter touts for the industry average would bolster their income by an average of $38,100 annually to $90,000 when paid for all hours on the job plus overtime for hours worked beyond 40 hours per week, much more commensurate with the year-and-a-half’s hours worked, the important “semi-skilled” level of responsibility, and the living conditions endured.

Taking in their entirety since the FLSA’s 1938 enactment, the industry has usurped $4.8 trillion in today’s dollars from the hard-working drivers’ pocket – $95 billion of income each year that could be injected into the economy at a grassroots level that would broadly boost the economy.

Ironically, some fleets crying about a “driver shortage” are the very same ones who asked for the overtime pay exemption, citing the difficulty in paying drivers for inclement weather, traffic or accident delays, truck breakdowns, detention delays at shippers and consignees, fuel-ups, maintenance, and so on, and built their business model on a piece-meal pay-per-mile basis. As a result, when the vehicle must slow for traffic accidents or congestion, inclement weather conditions, chaining-up, maintenance, dock detention, etc., as long as the vehicle progresses slowly or not at all, the driver bears the cost. Because “when the wheels ain’t turnin’, the driver ain’t earnin’,” there is no value attributed to the driver’s working time – not driving time – and time is the one precious commodity that once it's gone, it's gone forever.

However, the implementation of electronic logging devices, which track the vehicle and hours of service by the second, has solved the difficulty of calculating drivers’ working hours. If there really was a shortage of 80,000 drivers, then microeconomics’ supply-demand fundamentals would dictate that the price of labor needs to increase to match the constrained labor supply. All of the conditions precedent to the exemption have been satisfied, making its continued industry practice by carriers and financial injury upon drivers usurious.

When measured against Walmart, McDonald’s and other avenues for labor to seek gainful employment, there’s little to no economic incentive for anyone to drive a truck and be paid solely by the mile, and that’s before considering the other externalities such as benefits, living accommodations, access to home, friends, and family. This is why many fleets have to own the very driver shortage they created. With good reason, in-demand, qualified drivers are rejecting these mega-fleets as a failed employment proposition. Look at the American Trucking Associations’ own metrics: the blatant disparity of mega-fleet’s high turnover versus small fleets (94% vs 14% turnover). That should clearly demonstrate that it’s the business model that has an attractiveness shortage. It’s a failed model.

As a practical matter, new entrants to the transportation business have little to no alternatives but to join large carriers due to their ability to self-insure. Insurance companies loathe to insure smaller fleets and owner-operators or, if they do, quote prohibitively exorbitant rates, effectively making that an impossible avenue.

The recent spate of nuclear verdicts assessed to these mega fleets are making the situation for the rest of the industry even worse. High-cost verdicts that mostly target large fleets are raising insurance rates for all trucking industry participants, thereby crippling the industry through no fault of their own, but for the adverse industry association. It’s only after the new entrant attains a year or two of over-the-road experience that the driver can venture elsewhere.

It's no mystery trying to figure out why there’s a driver shortage. It’s pay, and it all stems from the FLSA exemption to overtime and the pay-by-mile while regulated-by-hour paradigm. The time has gone for a truck driver's need to carry the economic burden on their back. If the driver shortage has taught us anything, it's that if there is insufficient remuneration there will continue to be a driver retention problem.

When the mega-fleets’ revolving door has less than its full complement of applicants, the mega-fleets run to Congress asking for help to recruit military veterans, women, 18-year old kids, tax credits for hiring unemployed workers, and the like. Even the recently unveiled Biden-Harris Trucking Action Plan is attempting to make it easier to streamline the CDL application process without addressing the underlying fundamental problem of pay inequity compared to other labor markets.

This plan, too, will prove wholly ineffective. Absent a cost of labor adjustment to fix the zero value of a driver’s working time (not driving), nothing will account for the microeconomic imbalance.

Finally, the long-standing current pay-by-mile pay plan while regulated-by-hour paradigm is outmoded by technology, the disproportionate labor market inequity is outdated, and the perpetual driver turnover is out-of-touch with recruitment and retention statistics compared to small and private fleets that results in outsourcing our manufacturing industries that undermines the nation’s public safety, national and economic security, all of which we would be out of our minds to continue.

Is this the right approach for an industry on which we so heavily rely for 72% of a multitude of goods and services that allows us to prosper as individuals and as a nation? 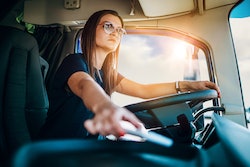 Hiring and retaining Next Gen drivers with technology, training and empathy 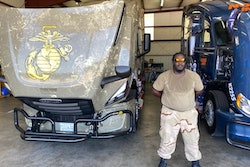 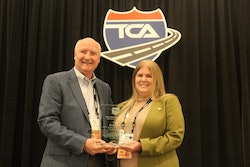