Another year, another New Year's statistic

I go the gym about four mornings every week. I've been practicing jiu jitsu for nearly six years in that same gym, and it's about "that" time.

Starting this week we will get an influx of new students and workout partners. That population will be cut in half by Feb. 1 and by March 1 it will just be us regulars again. It's an annual cycle where the faces sometimes change but the outcome is always the same.

I get it. Some people don't have time. I get up at 4 a.m. to create time, but not everyone can do that for various reasons; family needs, work, etc. Some people don't have an interest. I get that too. I'm not the fittest guy you'll ever meet, and I don't particularly enjoy going to the gym (or getting up before the sun), but I sit behind this computer all day and can only sit on my butt for so long.

You know who else spends a lot of time riding their back pockets, and who also doesn't have a lot of extra time? Truck drivers.

According to the Centers for Disease Control and Prevention, seven in 10 long-haul truck drivers are obese – a rate twice that of other U.S. adult workers. It's not a secret that it's really difficult to maintain a healthy lifestyle if you're a professional truck driver. Well... it's not difficult necessarily; it's just ridiculously inconvenient.

CCJ's What Drivers Want survey, which we conducted during the month of November, shows that 6% of respondents (company drivers and owner-operators) think driving has been bad for their health.

"Truckers are starving on the road," one respondent wrote on their survey, "and most truck stops that have food, it’s fast food and not healthy."

"My health is the reason I have cut down on my seat time," added another.

When you look at respondent age, the young bucks and does are less concerned; 0% said "driving has been bad for my health" among those 34 years old and younger. Once drivers hit 35 (and up to 54 years old), that number jumped to 5%, and 7% among drivers 55 and older.

Interestingly enough, only 1% of our respondents were among the 34 and under group; 27% from the 35 to 54 years old group and 72% were members of the 55 and older group. The average age of our survey respondents was 60. SIXTY!

Personal health is a personal thing. It's hard, if not impossible, to manage someone's health for them. If I've been driving a truck for 10 hours a day, the last thing I think I'd want to do is sprint a few laps around the truck stop parking lot, do some push ups and then climb in the bunk for some crock pot chicken and a salad covered in low fat ranch. But, if I'm pushing 60 years old and I've been in this business for more than 20 years (the average time in service according to our survey), then it's probably exactly what I need to do.

You can't pull a rig into a Planet Fitness and you can't fit a treadmill inside a sleeper, so fleets need to get creative in how they encourage drivers to get some measure of physical activity when clocking between 75,000 and 125,000 miles annually (the average among our survey respondents).

The CDC says three out of four truck drivers do not get the recommended amount of physical activity (2.5 hours per week), and found that only one out of four men and one out of five women drivers exercise for 30 minutes a day, five days a week.

There are a number of personal accountability apps available, many for free, that fleets could deploy in partnership with interested drivers to incentivize personal health. Plenty of fleets have some kind of wellness program. It doesn't have to be complex or sophisticated. It could be as simple as picking a benchmark, say 150 minutes of physical fitness activity per week, and having drivers record and submit it to a manager. Drivers who do that for four consecutive weeks get a bonus, and that bonus scales every week the driver continues to hit and turn in those benchmarks.

The "new year, new me" resolution is one as old as time, but the simple truth is that it's hard. Fleets have incentivized safety for years, and it's long past time that personal health rises to that standard. 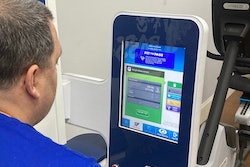 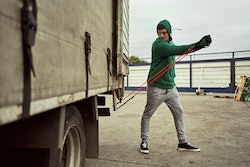