The new 2011 model year truck is powered by Isuzu’s next-generation 4JJ1-TC diesel engine, which has operated globally in Isuzu’s N-Series models for the last five years. The 4J engine family dates back to 1984 and is the highest volume engine produced by Isuzu. This is the first time the engine will be utilized in the U.S. market.

The turbocharged, 4-cylinder, 3-liter engine delivers 150 horsepower and 282 lbs.-ft torque. The 4J engine is 2010 EPA and CARB OBD compliant. It offers a B10 engine life rating of 310,000 miles, which means 90 percent of the engines should reach this mileage before needing an overhaul. The engine is mated to an Aisin heavy-duty, six-speed automatic transmission with double overdrive and lockup PTO function.

“The NPR ECO-MAX is the result of Isuzu’s commitment to help our environment by significantly reducing emissions and fuel usage,” said Shaun Skinner, Executive Vice President and General Manager of Isuzu Commercial Truck of America, Inc. “This truck is a product of our SEE design philosophy, which stands for Safety, Economy and Environment. This model has been specifically created to reduce the cost of ownership while meeting the world’s most stringent emissions requirements. We accomplished this without sacrificing performance, durability, or operating costs. Due to its broad torque curve, power density and 6-speed transmission, the NPR ECO-MAX has shown better hill climbing ability than the model it replaces. It’s also up to

170 lbs. lighter, so it offers increased payload capacity. We expect this unit to deliver enhanced productivity, minimum downtime and the lowest operating cost in the Class 3 truck segment.”

The cab of the NPR ECO-MAX is the same size as the previous NPR and offers 3-across seating. The cab tilts for easier servicing of the engine and transmission.

Wheelbase choices of 110 inches, 134 inches and 151 inches accommodate bodies up to 16 feet in length.

“Isuzu’s 2011 N-Series will be the only low cab forward trucks available for sale this year that meet the EPA’s 2010 emissions requirement with not only one engine but two engines,” Skinner added. “Isuzu is proud to introduce a product that meets the world’s most stringent emissions standards while reducing our customer’s cost of ownership through significantly improved vehicle fuel economy”. 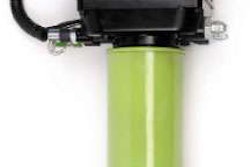 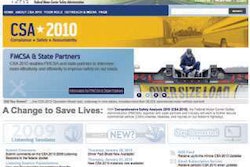 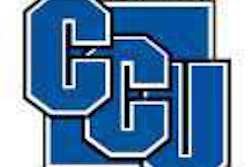