The Truckload Carriers Association announced that its prestigious Past Chairmen’s Award was awarded to Gary Baumhover, a longtime trucking executive and past chairman of TCA. The honor was bestowed March 2 during the association’s annual convention, held at the Wynn Las Vegas in Las Vegas, Nev.

Baumhover’s participation in TCA began in the late 1980s when the association was known as the Interstate Truckload Carriers Conference and Baumhover was the president of Tri-State Transportation of Dubuque, Iowa. He initially participated in ITCC’s Membership Committee and Scholarship Fund. From 1994-95, he chaired the Safety, Engineering & Environment Committee – a role he held concurrently while serving as the chairman of the Iowa Motor Truck Association. He also held leadership positions with the association’s Refrigerated Division, including regional vice chair and division chair.

Beginning in 1994, Baumhover began to rise through the leadership ranks of the organization (which by March 1997 was called TCA), serving as secretary, treasurer and then third, second and first vice chair until becoming chairman from 1999-2000. During his year as chairman, Baumhover oversaw the adoption of a TCA strategic plan that placed renewed emphasis on solving common management problems, as well as education and training. The year brought the launch of Truckload Academy, a comprehensive training program for all levels of truckload carrier personnel, as well as the creation of special management panels for small carriers and the next generation of family members tasked with taking over their parents’ businesses.

After serving a year as immediate past chairman, Baumhover continued to participate in such TCA programs as the Benchmarking Management Panel, Shipper/Receiver “Just in Time to Wait” Management Panel, Committee on Operating Practices, Retention & Recruitment Human Resources Group and Regulatory Policy Committee.

Professionally, Baumhover sold Tri-State Transportation to Grojean Transportation in 1998. After staying on with Grojean for a few years, he then took a position as executive vice president of Gail Force in Janesville, Wis. His next career move was to Willis Shaw Logistics of Elm Springs, Ark., where he served as director of maintenance and, later, vice president of independent contractor relations. He and his wife, Rita, reside in Bella Vista, Ark.

“Gary Baumhover led our organization into the next millennium and helped to shape it into the organization it has become today,” says Kevin Burch, TCA’s outgoing chairman and president of Jet Express, based in Dayton, Ohio. “It was our pleasure to honor him for his long history of supporting TCA and giving back to the trucking industry.” 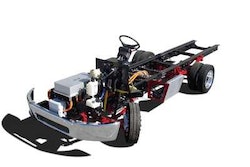 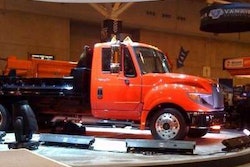 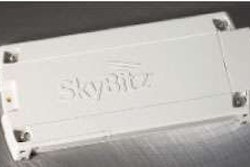 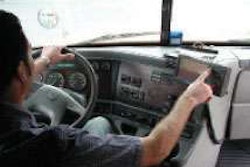