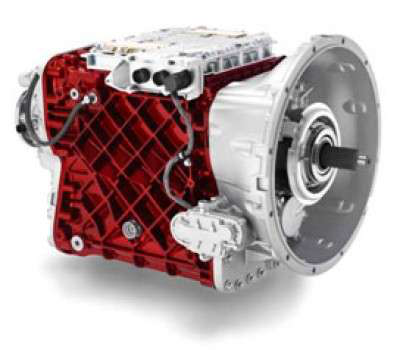 Designed and engineered to work exclusively with MP engines, mDrive will be available on Pinnacle model highway tractors powered by MP7 and MP8 engines. Customers may order the new mDrive now, with deliveries to begin early in the fourth quarter of this year.

“mDrive boldly expands Mack’s leadership in heavy-duty powertrains,” said Kevin Flaherty, Mack senior vice president of sales and marketing. “To be considered Pedigreed, the engine, transmission and axles must be all Mack, providing performance and fuel economy second to none.”

The mDrive has 12 forward and four reverse speeds, and is available in direct drive or overdrive. It has a torque capacity of 1920 lb.-ft. and a dry weight of 615 pounds. The shifting strategy for mDrive is optimized for North American highway conditions and is based on cruise speeds of 1350 to 1450 rpm for best performance and fuel economy.

The driver interacts with mDrive through a dash-mounted control pad containing manual input and hold shift buttons, with an integral display indicating the current gear. In addition, the Mack Co-Pilot driver display in the center of the instrument panel provides the driver with transmission status, including the number of upshifts or downshifts available, the current gear and the current operating mode (such as Economy or Performance). The transmission’s Economy mode maximizes time spent in top gear, while Performance mode maximizes gradeability.

An additional MackCellerator or kick-down feature drops the transmission one gear (while synchronizing engine RPM) when the accelerator pedal is sharply depressed to maximize acceleration in passing situations. mDrive also provides an optional Grade Gripper, or hill start assist, when launching the truck on an incline to prevent the vehicle from rolling backward. It also detects if the tractor is attached to a trailer and automatically reduces torque output if the tractor is bobtailing, which saves fuel.

mDrive is available in two versions: Fleet and Premium. The Fleet package includes basic shifter controls, with Grade Gripper and MackCellerator as options. The Premium package consists of a shifter with more features for greater driver control, including manual shift inputs, performance and economy modes, plus Grade Gripper and MackCellerator. mDrive is available with two optional rear-mounted power takeoffs.

EconoBoost initiates at 1300 rpm after four seconds of full throttle in the transmission’s top two gears, opening up another 200 lb.-ft. of torque for as long as needed. It disengages once the driver lifts off the throttle and driveline torque drops to negative, such as when a hill is crested. It delivers more than 90 percent of power after an upshift without driveline shock.

Rear axle carriers: Mack said the new C150/151 rear axle carriers are lighter, stronger and stiffer than previous designs while retaining the company’s top-load dual-reduction design, and are compatible with all the company’s suspensions. The top-loaded carrier – where the driveshaft connects to the carrier above the axle – results in near-zero driveline angles, which minimizes noise, vibration and harmonics.

Mack’s power divider is standard with the C150/151 carriers, with an optional power divider lockout and optional differential locking systems. Rear axle ratios run from 3.11:1 to 5.66:1. 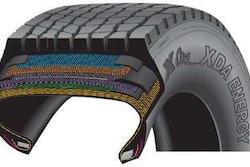 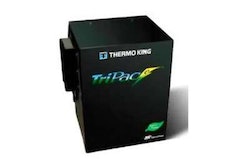 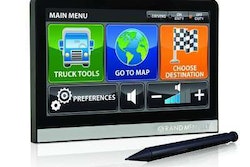 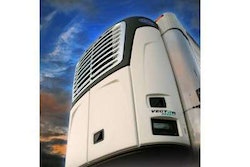 Driven by retirement, a backlog in training through the pandemic, and a crush of demand, American Trucking Associations' Chief Economist Bob Costello bumps his driver shortage estimate by 30%.