This new Allison hybrid propulsion system captures kinetic energy otherwise wasted as a vehicle decelerates and later reuses the energy to propel or reaccelerate the vehicle. The recovered energy can also be used to power vehicle accessories. Fuel economy improvements from other Allison hybrid products are typically in the range of 20 -30% and greater.

“Allison Transmission and the Department of Energy have worked together for many years in programs which have pushed transportation technology and resulted in the production of real products which benefit us all,” says Allison Transmission Chairman and CEO Lawrence E. Dewey. “Over $130 million is being invested in the renovation of this facility and the development of our new commercial hybrid truck product. We will deliver a new generation of hybrid propulsion solutions to the transportation industry.”

The dedication of the facility follows an August 2009 visit to Indiana by President Obama. During his visit, Obama announced that Allison was being awarded a $62.8 million matching grant by the U.S. Department of Energy (DOE) to increase the United States’ capacity to manufacture cost efficient, fuel-efficient commercial-duty hybrid truck propulsion systems.

The DOE grant, which was awarded under the provisions of the American Recovery and Reinvestment Act of 2009, has enabled Allison Transmission to accelerate its plans to bring commercial-duty truck hybrid products to market in 2013.

Allison Transmission has been producing hybrid propulsion systems for city transit buses since 2003. Currently, nearly 3,000 buses using Allison produced hybrid systems are being operated globally. These buses had accumulated more than 192 million miles and saved 11.7 million gallons of diesel fuel resulting in the avoidance of over 116,000 metric tons of CO2 from being dispensed into the atmosphere.

The new Allison Transmission commercial-duty truck products will benefit from the company’s expertise in the design, manufacture and customer support of both its fully automatic transmissions and its established city transit bus hybrid products. 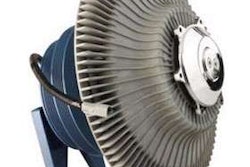 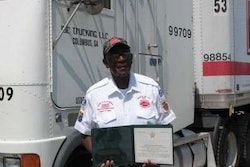