TMI, a provider of flexible PVC solutions, energy control doors and safety products, announced that Frank J. Mummolo has been appointed as its new president and chief executive officer. Mummolo comes to TMI after serving as founder and managing director of Philadelphia-based MCA Consulting Services.

At TMI, Mummolo will set overall strategic direction to include leading the company into new markets, increasing market share in existing markets through a combination of organic growth and targeted acquisitions, overseeing the development of new products and ensuring that the company maintains its market position.

Prior to joining TMI, Mummolo held a number of leadership positions across a range of industries. He led startup companies and new ventures, engineered corporate turnarounds and managed small- to medium-sized public and private companies. He is recognized as a global business leader with extensive domestic and international experience and frequently speaks on a variety of business-related topics.

“In a relatively short time, TMI has evolved from a small locally-based business into a multimillion-dollar corporation serving customers around the world,” says Jos Kleynjans, TMI’s founder and former president. “Frank has both the tools to succeed at TMI, as well as the vision to take this company to the next level.” 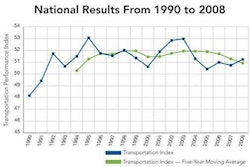