OEMs are adamant that hybrid powertrains are the wave of the future. So why aren’t there more of them on the road?

It was nearly 10 years ago when medium-duty hybrid-drive trucks first emerged in the North American market. The new powertrain offered a few fuel economy benefits, and it appeared that hybrids could evolve into more than a niche product beyond powering refuse trucks with their extreme stop-and-start duty cycles or utility trucks that could use the system as a powerful mobile generator to work quietly and efficiently in areas where noise was a factor.

In hindsight, the hybrid truck’s early development was fortuitous as it provided both automobile and truck manufacturers a weapon to counter escalating fuel prices at the end of the decade. Today, research into hybrid technology is accelerating, and every month it seems yet another automotive or heavy-duty truck manufacturer is adding a new hybrid model to its lineup.

But the hybrid market remains small compared to the huge volume of conventional gasoline and diesel powertrains sold every year. Why aren’t we seeing more hybrids on the road? The answer: You are – and you will.

“The hybrid truck market is definitely growing and has been over the past couple of years due to the increase in availability of these systems,” says Dimitri Kazarinoff, vice president and general manager of Eaton Hybrid Power Systems, a pioneering developer of hybrid technology. “We’ve also been expanding the applicability of the system to different specific vocations, and that’s helped to drive up adoption.”

Still, Kazarinoff says, hybrid numbers remain small in terms of overall penetration. “In the past couple of years, we’ve seen a doubling of hybrid volume in North America,” he says. “This year will probably do somewhere around a 60 to 75 percent increase on top of that. We’re seeing significant growth, albeit from a small base.”

That number currently is less than 1 percent of the overall market, according to David Bryant, vocational sales manager of hybrids for Freightliner Trucks. That’s largely because of the higher purchase price that hybrids currently demand. “The tipping point with hybrid trucks right now is in the componentry,” Bryant says. Because of the relatively low volumes being sold now, component costs remain high. “As we continue to see higher usage, the economies of scale will tip, and costs will go down.”

In some cases, hybrid trucks cost as much as 60 percent more than a truck with a conventional powertrain. That’s enough of a premium to make even the most green-minded truck buyer balk.

The cost of the hybrid system and components and subsequent pricing remains a major inhibitor at the moment, says Darren Gosbee, director of electric vehicle and hybrid powertrain product development for Navistar. “The decision to purchase a hybrid truck really comes back to one thing, and that’s payback.” For Gosbee, that payback can be from either incentives or fuel economy – or both.

Luckily, incentives are available to help get those high initial costs under control. Certain government incentives can offset the cost of hybrids completely. State and federal incentives have improved the payback for hybrid trucks, such as a California voucher program and Internal Revenue Service tax credits, as well as Clean Cities money from stimulus funds. “Depending on the application and the customer, they have different abilities to access some of those incentives,” Kazarinoff says.

As with any truck, calculating a ROI for a hybrid depends upon its application, which in turn will determine the fuel economy improvement a hybrid truck provides over a vehicle with a conventional powertrain. Because of the relatively lower cost of fuel today and the relatively high incremental cost associated with hybrids, that payback is out in the seven- to nine-year timeframe, Gosbee says.

Should fuel prices rise again, that dynamic would change radically, but as things stand now, there is no magic number in terms of fuel prices where hybrids suddenly become irresistible. Instead, there is a bandwidth of fuel pricing where hybrid ROI begins to accelerate dramatically.

“When you start talking about $4 to $4.50 for a gallon of diesel fuel, the payback time on a hybrid purchase starts to shorten significantly,” Gosbee says. “The amount of money you can save rises very quickly as fuel prices continue to rise.”

Kazarinoff says that in some applications, an attractive ROI already exists purely on brake savings and fuel savings. “On the other side, you also have value that some customers put a lot of tangible emphasis on that can come from other things that are a little hard to get your hands on as to how much it’s worth.”

In talks with hybrid fleet owners and drivers, Kazarinoff says the noise factor often is cited as the biggest advantage to operating a hybrid utility truck in urban surroundings. Lower emissions, increased brake and engine component life and the marketing cache of running a “green” business also can be factors in determining ROI.

“It’s a variety of things, some of which aren’t that obvious and go beyond the simple ‘Just how much fuel am I saving?’ kind of calculation,” he says. “For some of our customers, there’s been an investment they’ve made based on the improved environmental reputation it brings with them.”

Truck manufacturers say that as hybrid systems become more commonplace in the future, demands for increased electric performance will rise accordingly. That’s why OEMs already are researching and testing the next generation of hybrid drivetrains.

Currently, hybrid trucks come in two forms. A parallel system, commonly seen today in the automotive world as well as truck applications, is essentially an electric motor/generator running parallel to the primary drivetrain – usually a diesel or gasoline engine.

In contrast, a series system features a much higher degree of hybridized systems on the vehicle – systems that no longer are dependent upon the diesel engine for operation. “In Kenworth’s case with series hybrid systems, we’re trying to electrify systems so we get away from launch-assist and try to hybridize as many systems in the truck as possible,” says Andy Douglas, national sales manager of specialty markets for Kenworth parallel systems and series systems.

Kazarinoff says there’s only a limited amount of capability for electric-only operation. “You still need power brakes, power steering, air conditioning – all those systems on a conventional vehicle are still being driven by mechanical accessories off the engine,” he says. “You have issues in terms of shutting the engine off and continuing to operate those systems.”

To address these shortcomings, Eaton is working on a plug-in electric-hybrid program for utility trucks that will electrify accessories such as power steering and brakes, and enable limited amounts of electric-only operation.

“That is another avenue to enhance the efficiency and functionality of the system, because even at idle or light load conditions, diesel engines run relatively inefficiently,” Kazarinoff says. “If we can better restrict the diesel engine to operate in a region – a range of operation where it is more efficient – that’s going to unlock a lot more value for customers.”

The opportunity for hybrids to have a more significant impact on the marketplace comes into play when a retrofit system can be installed on existing vehicles with minimal effort. “If a system that uses more commonly available components rather than the costly specialty parts can be developed, it would be extremely beneficial,” says Ken Gillies, truck operations manager for GE Capital Fleet Services. EMD Technologies currently offers such a solution that has potential to convert to a hybrid drive and enable a ROI of two to three years, Gillies says.

In this scenario, some sort of mechanical or electrical machine would take heat out of the engine, turn it into energy and return it to the drivetrain. “In the case of electrical energy, we can take exhaust heat and perhaps spin a turbine to create electricity,” Gosbee says. “That electricity could then be put into the driveline as supplemental energy to run any system on the vehicle.” The technology is heading in that direction, he says. “I do feel that we will see that kind of hybridization – or perhaps I should say the electrification of certain elements in the drivetrain – become apparent in Class 8 trucks.”

Looking ahead, it’s clear that hybrids will become more commonplace in the coming years. And despite the improvements on the drawing board, OEMs stress that hybrid trucks in their current incarnation are a viable option for businesses today. “We’re not just talking about experimental prototypes anymore,” Kazarinoff says. “We’ve got over 55 million miles of customer use on hybrid-electric systems and thousands of them in operation all over the world in many different applications. In that sense, it’s really a proven ‘available now’ reliable product.” n 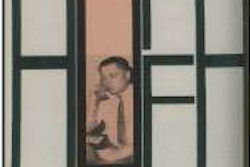 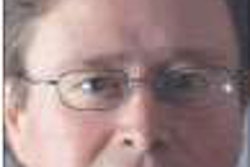 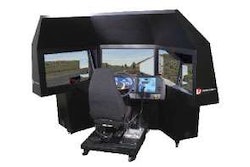