Navistar International Corp. said Tuesday, Oct. 5, that the launch of its 2010 U.S. Environmental Protection Agency-compliant trucks and buses is on track and progressing well.

“Full production of our EPA 2010 products has been under way since June, and we’ve shipped more than 7,000 of these units in total, and more than 4,700 in the past month,” says Jack Allen, president of Navistar’s North American truck group. “We’re now well into delivery mode, and as stated previously, we are on track to deliver more than 17,000 total vehicles to U.S. and Canadian customers by the end of the quarter.”

In addition, the company announced a significant number of customer orders, with more than 23,000 total 2010 vehicle orders – not including long-term multiyear contracts. Across all of its engine platforms, the company says it currently is building more than 380 engines per day; of that daily total, approximately 85 are MaxxForce 13 engines.

“Consistent with our ‘buy-early buy-late’ strategy and confirmed by a number of pending deals in the works, we expect a significant increase in orders from October through December as fleets continue moving to 13-liter power and our MaxxForce Advanced EGR engine continues to resonate with customers,” Allen says.

Navistar says that throughout the 2010 launch that it has implemented a number of quality initiatives influenced by the automotive industry, ensuring that customers receive durable, dependable trucks built to the highest quality standards. As part of the company’s production rate ramp-up, Navistar says it began producing 2010 model-year engines as early as March, building and holding those engines to ensure the necessary build rate and the highest levels of quality.

Similar to the engine production ramp-up and to make sure customers take delivery of the highest quality vehicles possible, the company says it implemented a similar build-and-hold process for vehicle production, installing those engines in trucks and buses as early as May and ensuring those vehicles exceeded stringent quality benchmarks prior to delivery.

“As we cycle through our build-and-hold processes, we’ll continue to deliver thousands of vehicles in the weeks ahead as we draw down inventory of completed 2010 vehicles at our manufacturing plants,” Allen says. “Our 2010 trucks are making their way into service, and we’re getting great feedback on their performance and fuel economy.”

Allen says that as 2010 vehicle shipments continue and new orders filter in, traditional 15-liter customers continue to realize the advantages of the MaxxForce 13 engine. “We’ve been successful shifting the focus from solely a displacement preference to where we’re demonstrating to customers how they can get the same or better performance in horsepower and torque from our lower-displacement, lighter-weight and more fuel-efficient MaxxForce 13,” he says.

Allen acknowledges that in some limited applications, there will continue to be customers that require 15-liter power. “We’ll provide that as we introduce our MaxxForce 15, which is currently running in six fleets,” he says. “However, as we’re seeing, and arguably many of our competitors are seeing as well, many fleets can’t deny the economic advantages of a lower-displacement engine that delivers the same power, performance and durability characteristics required for their operations.” 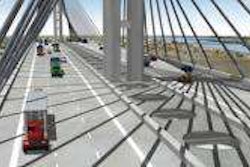 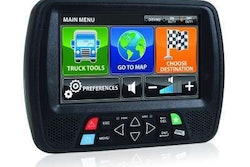 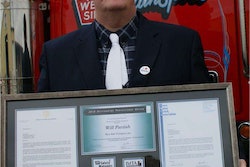