DERA (H.R. 5809) is a five-year reauthorization of the program created in 2005 to establish voluntary national and state-level grant and loan programs to reduce diesel emissions by upgrading and modernizing older diesel engines and equipment. The Diesel Technology Forum says DERA was supported by a coalition of more than 500 environmental, health, industry, labor and government organizations.

“It will be a significant and important accomplishment for the 111th Congress,” says Allen Schaeffer, DTF executive director. “Because of the national importance of modernizing older diesel engines to reduce emissions, DERA is one of the most important clean air initiatives passed by Congress in recent years.”

Schaeffer says DERA is important to the nation’s economic growth because diesel engines power more than 95 percent of commercial trucks and an overwhelming majority of ships, locomotives and farm and construction equipment.

“The combination of new clean diesel technology and ultra-low-sulfur diesel fuel has helped to reduce diesel emissions to near-zero levels for new buses, trucks and offroad equipment,” he says. “Now the older engines that continue to power our economy will also benefit from the upgraded engines and filters provided by DERA. This legislation will accelerate the introduction of even more clean diesel technology to as many of our older diesel engines as possible.” 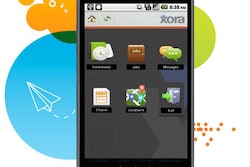 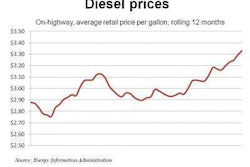