A political solution on hours rules likely is inevitable

In early 2005, Annette Sandberg – then head of the Federal Motor Carrier Safety Administration – proposed something fairly unusual. About six months earlier, a federal appeals court had invalidated the new hours-of-service regulations – the first major overhaul of driver work rules since they were adopted in the late 1930s. Nearly 10 years had elapsed since Congress had ordered new rules.

Sandberg’s plan was for Congress, as part of the upcoming highway bill, to convert the new rules into statutory law – rendering moot the appeals court’s various concerns. Congress rarely does this sort of thing. Lawmakers typically aren’t wild about giving up control over the terms of their legislation, and presidential administrations usually don’t want to give up the flexibility to change rules. The effort failed.

Had everyone been able to gaze six years into the future, however, the result might have been different. After the U.S. Court of Appeals for the District of Columbia rejected the hours-of-service rules in July 2004:

• FMCSA issued a revised regulation that retained most major provisions but sharply curtailed use of sleeper berths for split rest;

• The appeals court again rejected FMCSA’s regulations, primarily because the agency didn’t give the public an opportunity to review its methodology;

• FMCSA reissued its 2005 rules without changes;

• The Obama administration agreed to issue new rules by late July 2011 if the safety advocates would back off on their lawsuit; and

• In late December, FMCSA once again proposed new rules – this time with significant changes that aren’t very popular in the trucking community.

Time elapsed since the first court decision to the latest proposal? Nearly 6½ years.

While many fleets certainly don’t like elements of what FMCSA has done with the hours rules over the past eight years, the American Trucking Associations hasn’t fought any of them in court; the only challenge by anyone in the trucking industry was to the 2005 rule’s limits on use of the sleeper berth. The safety advocates have been the ones filing the lawsuits.

When FMCSA finalizes its latest proposal, however, the odds are that it will be the American Trucking Associations headed to 333 Constitution Ave. to file a legal challenge. To date, the appeals court seems more receptive to the safety advocates’ arguments, however. True, both court decisions rested on narrow grounds – failures to consider driver health and to follow proper rulemaking procedures, respectively. But the tone of the opinions clearly was on the advocates’ side. The appeals court certainly could have problems with the upcoming new rules as well, but their prospects for survival probably are greater.

FMCSA’s proposed changes are hard pills to swallow given that truck safety metrics have improved since 2003. The agency clearly plans to cut an hour of driving time, even though it refused to propose that formally. Drivers also would lose an hour of on-duty time. And although FMCSA technically would preserve the 34-hour-restart of cumulative on-duty time, proposed new conditions mean that many restarts in practice would be longer.

Under FMCSA’s plan, the 34-hour restart would have to include two midnight-to-6 a.m. periods. Writing specific time periods into the rules is a bad idea. For one thing, despite whatever scientific studies FMCSA may cite, drivers who have been accustomed to driving safely during the night for years or decades shouldn’t have to change. More important, this approach undoubtedly will drive more truck traffic into more congested daytime hours. The negative impact on highway safety surely will outweigh any benefits from improved circadian rhythms.

Although the White House isn’t as friendly to trucking as before, Congress is friendlier. Ultimately, if the rulemaking and judicial processes don’t yield satisfactory results, look for a legislative solution to this long ordeal. 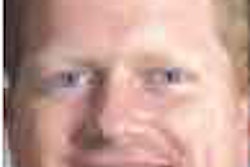 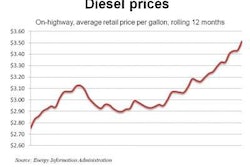