Following a three-month decline, truckload rates for refrigerated vans increased 2.2 percent on the spot market in March compared to February, according to TransCore’s Truckload Rate Index. Compared to March 2010, rates for the reefer segment increased 2.9 percent. Spot market rates are those paid by freight brokers and third-party logistics providers to the carrier.

Outbound lanes originating in Chicago and Dallas warmed up the reefer rates, which typically rise along with reefer freight volume during the early spring produce season. This year’s severe winter weather delayed or reduced produce shipments, particularly from California.

Reefer rates increased gradually throughout the month, while van and flatbed rates on the spot market rose during the first week of March and remained stable through the rest of the month. Van rates were up 4 percent, while flatbed rates rose 2.5 percent compared to February. 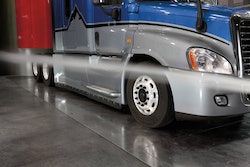