SHIPA also would extend the freeze on truck size and weight limits on the interstate system to also apply to the National Highway System. The bill’s supporters, which includes the Association of American Railroads, argue that large trucks are more dangerous to drive and damage highways and bridges, and that heavier trucks only will accelerate the wear and tear of the nation’s aging infrastructure.

“More than 600,000 of our 1.4 million members start their workday by turning a key in vehicle,” Hoffa said. “That gives Teamsters a real-life perspective on the dangers involved in increasing the size and weight of trucks from their current levels. Heavier and longer trucks mean greater stopping distances and shorter reaction times. And the reality is that our highways and bridges are not equipped to handle the increased weight and size of these trucks.”

The Teamsters point to a recent nationwide poll that found that 89 percent of the general public strongly opposes larger trucks. The union also points out that half of the nation’s bridges are more than 40 years old, with one in four structurally deficient or functionally obsolete.

“We must protect our existing infrastructure, and increasing truck weights isn’t sound transportation policy,” Hoffa said. “The SHIPA bill is the right approach as we strive to keep our highways safe and make the necessary improvements to our infrastructure to build the transportation capacity needed to compete in the global economy.”

The American Trucking Associations, which supports competing legislation that would allow states to increase weight limits on interstate highways, was quick to respond. “In the two years since ATA unveiled its 18-point safety agenda, a comprehensive approach to addressing both primary and secondary causes of highway crashes, these alleged ‘safety’ groups have not made a serious proposal to address trucking safety,” said Bill Graves, ATA president and chief executive officer. “Their fix is to arbitrarily cut working hours to advance labor’s agenda, and further restrict truck size and weight to advance the railroad’s agenda.”

The Safe and Efficient Transportation Act of 2011 (S. 747) was introduced to the U.S. Senate on April 6. SETA, sponsored by Sen. Mike Crapo (R-Idaho), with co-sponsors Sens. Herb Kohl (D-Wisconsin), Susan Collins (R-Maine) and Rob Portman (R-Ohio), would give any state the option to allow semi-trucks weighing up to 97,000 pounds access to its interstate highways, provided owners equip trucks with a sixth axle to preserve braking distances and pavement wear patterns, and agree to pay a supplemental user fee. An identical bill, H.R. 763, introduced Feb. 17 in the House by Representatives by Reps. Mike Michaud (D-Maine) and Jean Schmidt (R-Ohio), has 27 co-sponsors.

Patricia Reilly, AAR vice president of communications, said that heavy trucks don’t pay their full share of damage to the nation’s highways, costing American taxpayers billions of dollars each year for pothole and bridge repairs. “Now isn’t the time to increase the infrastructure subsidy enjoyed by trucks, which in turn increases the cost burden on taxpayers,” Reilly said.

The additional cost of repairing bridge damage alone caused by raising truck size 20 percent could be as much as $65 billion, Reilly said. “That’s not money that will come from the trucking companies. Rather, these costs will be paid by U.S. taxpayers and motorists to repair the damage trucks cause to our highway infrastructure – a cost that will be even higher if we allow heavier and longer trucks.”

Graves said that while the Teamsters and safety groups claim to speak for many Americans on the issue of truck productivity, “it seems pretty clear they speak for the railroad industry, which lines its pockets at the expense of shippers and consumers they hold hostage. Allowing states the flexibility to make decisions on more productive trucks would not only cut shipping costs during this fragile economic recovery, they would allow trucking to better utilize its safest, most efficient and greenest vehicles.”

Graves said ATA and the entire trucking industry sympathizes with those who have lost loved ones in highway accidents. “Those who claim to speak for them should be honest about their motives and stop misleading the public to advance a transparent labor and railroad agenda,” he said. 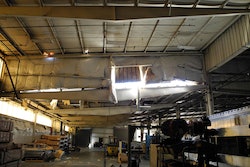 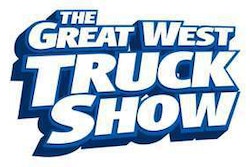 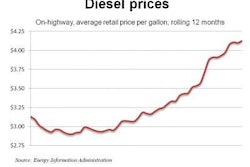