Designed for added performance and durability, the Spicer TZL Series is the first in a line of transmissions scheduled to begin production this year at Dana’s assembly facility in Wuxi, China. The TZL Series is shown as part of a complete 21-tonne front-end loader system that also includes Spicer Hercules Series axles and Spicer Wing and Compact Series driveshaft options.

“The vitality and growth of the construction market in Russia and the CIS has never been more evident,” says Mark Wallace, president of Dana’s Heavy Vehicle Group. “We are eager to work closely with vehicle manufacturers in this region as a Tier 1 supplier with unique capabilities in the integration of value-added drivetrain systems for construction machines.”

As an operator-controlled differential, the Hydraloc design for 37R and 43R series axles allows for moment-to-moment lock-and-release control, delivering added ground torque bias in severe traction conditions. In its unlocked condition, the Hydraloc differential permits free vehicle steering to facilitate maximum maneuverability. Once locked, a hydraulic piston applies force to a large multiplate wet clutch, resulting in up to 100-percent torque transfer to the high-traction wheel. 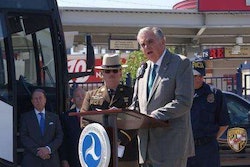 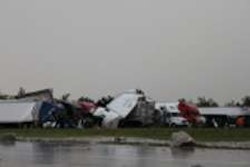