“The Obama administration stands ready to provide federal support to New Hampshire as it recovers from the damages caused by Hurricane Irene,” says U.S. Transportatio Secretary Ray LaHood. “We are making emergency relief funds available right away to start the process of rebuilding.”

Continued rainfall and heavy winds from Hurricane Irene resulted in severe flooding and damage to roads and bridges in northern New Hampshire, primarily in and around the White Mountain National Forest. NHDOT will use the quick release funds to pay for work done to reopen critical roads to traffic, primarily along the Kancamagus Highway and at Sawyer Bridge. NHDOT has accelerated the work to reopen roads in time for the vital fall tourist season.

“This emergency funding represents a down payment for communities in New Hampshire that were affected by Hurricane Irene,” says Federal Highway Administrator Victor Mendez, who adds that FHWA anticipates additional funding requests from states that have been battered by extreme weather.

Quick release emergency funds provided by FHWA are used to reimburse communities for the cost of repairs to resume essential traffic flow immediately after the flooding and prevent further damage. FHWA’s emergency relief program provides funds for the repair or reconstruction of roads and bridges damaged by natural disasters or catastrophic events. 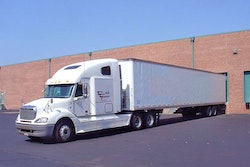