Last year, the American Trucking Associations forecasted the industry will haul 30 percent more tonnage in 2021 than it does now. Without an increase in truck weight, that would mean 18 percent more trucks on the road driving 27 percent more miles than they do today.

That’s all well in a world where drivers are plentiful, trucks are cheap and infrastructure is well maintained. But the cold reality is the industry is faced with a lack of skilled drivers, mounting regulations that only add to the weight and cost of existing trucks and an outdated road system. Unless Congress intervenes, we likely will see large capacity shortages and supply chain disruptions if ATA’s forecast holds true and freight volumes increase.

For the most part, ATA has been going it alone in the fight for increased size and weight, although recently a group of shippers and carriers formed the Coalition for Transportation Productivity to promote the cause. Of course, the issue has drawn fire from a number of other industry groups, including the Owner-Operator Independent Drivers’ Association, the Teamsters and the American Association of Railroads.

Even the Truckload Carriers Association hadn’t backed the measure, citing concerns of equipment replacement costs and the ability to realize more revenue from heavier loads. That all changed last month during ATA’s 2011 Management Conference & Exhibition in Grapevine, Texas, when the board of directors for both ATA and TCA came out with new policies in favor of 88,000-pound five-axle and 97,000-pound six-axle combination vehicles.

“Considering all the challenges we face as an industry, it should always be our priority to find common ground on as many issues as possible,” said Chris Burruss, TCA president, after the announcement. “I applaud the leadership of TCA and ATA for finding common ground on this difficult issue.”

The associations’ united front should resonate on Capitol Hill, where The Safe and Efficient Transportation Act (H.R. 763, S. 747) is currently before both the House and Senate and if passed would give each state the option to set interstate weight limits of up to 97,000 pounds for trucks equipped with six axles. Industry groups support the measure, pointing out that increased weight will improve safety by reducing the number of trucks on the road and reduce trucking’s carbon footprint.

What’s not clear is if SETA or any other effort to increase truck size and weight will see the light of day. What is clear is that Congress and state governments must act to help the trucking industry prepare for tomorrow’s challenges today. Now that the industry’s two largest associations are on the same side, perhaps we’ll begin to see some positive traction.

H.R. 763, the Safe and Efficient Transportation Act of 2011, allows a state to authorize a vehicle with a maximum gross weight (including enforcement tolerances) exceeding certain federal weight limitations to operate on Interstate Highway System (IHS) routes in the state if:

the vehicle is equipped with at least six axles;

the weight of any single axle does not exceed 20,000 pounds;

the weight of any tandem axle does not exceed 34,000 pounds;

the weight of any group of 3 or more axles does not exceed 51,000 pounds; and

the gross weight of the vehicle does not exceed 97,000 pounds. 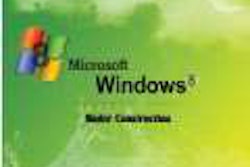 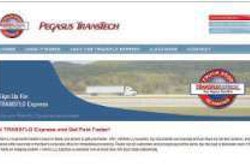 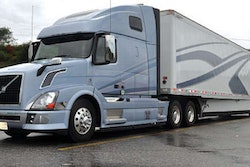