U.S. Senate Republicans on Thursday, Nov. 3, blocked a $60 billion White House proposal to repair transportation systems as part of President Obama’s American Jobs Act. All 47 Senate Republicans voted against the bill and were joined by one Democrat and one independent. The bill, which addressed construction workers and was part of Obama’s $447 billion stimulus plan, needed 60 votes to advance.

The bill, co-sponsored by Senate Majority Leader Harry Reid, would have spent $50 billion to upgrade roads, bridges, rail lines, transit systems and airports, and also would have allocated $10 billion in loan funding to underwrite an infrastructure bank to help pay for priority projects.

The day before the vote, Obama had delivered remarks in front of Washington, D.C.’s Key Bridge urging Congress to pass the transportation piece of the American Jobs Act. U.S. Transportation Secretary Ray LaHood also campaigned publicly in support of the proposal.

“Together, these initiatives would put hundreds of thousands of construction workers back on the job rebuilding roads, rails and runways,” Obama said. “Construction workers have been among the Americans hit hardest over the past few years. That makes no sense when there’s so much of America that needs rebuilding.” 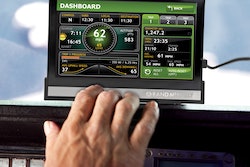 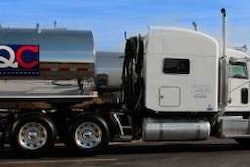