Are you ready for 20% more drivers?

Are you having trouble seating all your trucks all of the time? What if you had to hire 20.6 percent more drivers?

That’s what the Bureau of Labor Statistics is projecting – at least on average. BLS recently issued its occupational employment projections for 2010 to 2020. During that period, BLS predicts that the number of heavy and tractor-trailer truck drivers – those who operate Class 7 and Class 8 equipment – will rise by 330,100 from the 1.605 million the agency says were employed in 2010 to 1.935 million. The 2020 projection is actually 96,000 fewer truck drivers than BLS projected for 2018 two years ago and nearly 120,000 below the number it projected for 2016 four years ago.

By BLS estimates, the occupation of heavy and tractor-trailer driver will have the eighth-largest increase in sheer numbers of positions among all jobs during this period. No. 1 is registered nurses at 711,900 new jobs, followed by retail sales persons and home health aides at 706,800 and 706,300, respectively. Home health aides also were No. 2 on the list of the fastest-growing jobs on a percentage basis – a 69.4 percent increase between 2010 and 2020. The fastest-growing occupation, which sounds similar, was personal care aide, which is projected to grow at 70.5 percent.

Given the aging of the Baby Boom generation, it makes sense that the number of registered nurses, home health aides and personal care aides would rise dramatically by 2020. But on what grounds does BLS anticipate 330,100 more truck drivers? The government agency has a good handle on the dynamics. “As the economy grows, the demand for goods will increase, and more truck drivers will be needed to keep supply chains moving,” the agency says in the 2012-2013 Occupational Outlook Handbook (available online at www.bls.gov/ooh).

BLS goes on to say that satellite technology and better routing can make trucks more productive, limiting the need for more drivers, and that rising fuel costs could lead some shippers to rail instead. “However, rail is unlikely to take much market share away from trucks, because even with high diesel prices, trucks are more efficient for short distances. Additionally, many products need to be delivered within the short timeframe that only trucks can handle.”

Of course, BLS apparently misses a few not unimportant considerations regarding both supply and demand. It doesn’t mention the negative implications of electronic logs, tighter hours-of-service regulations or growing highway congestion on productivity. Nor does BLS contemplate any productivity improvements that might come from heavier trucks. And there’s no mention of demographic and health challenges that could shrink the employment pool, potentially forcing creative alternatives to hiring more drivers.

Even the best forecasting can’t peg the number of employees in any industry eight years out because the business cycle is so unpredictable, and BLS’ record is shaky. Its employment projection for the number of truck drivers in 2010, an estimate released in 2002, was 2.095 million – 490,000 more than the actual number employed in 2010. Granted, nobody anticipated the scope of the Great Recession, but that’s a big miss. If BLS is off by 490,000 this time, we’ll actually have 160,000 fewer drivers in 2020 than we did in 2010.

Still, BLS sums up the state of things well. “Job prospects for heavy and tractor-trailer truck drivers are expected to be favorable,” it says. “Due to the somewhat difficult lifestyle and time spent away from home, many companies have trouble finding qualified longhaul drivers. Those who have the necessary experience and other qualifications should be able to find jobs.”

Who can argue with that? 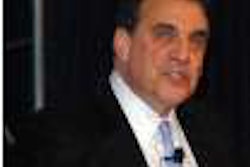 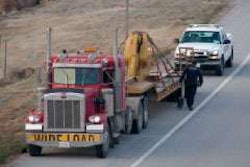 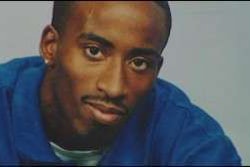