The U.S. Embassy on Thursday, April 26, said that Demco Express driver Jabin Akeem Bogan is being detained by Mexican authorities and has been charged with smuggling military ammunition, which carries a maximum 35-year sentence. Truckers have been asked by an advocate and Bogan’s mother to rally for his release.

Demco spokesman Dennis Mekenye said he last spoke to Bogan on April 16 at about 1:30 p.m. on the phone. Bogan, who was en route to his third stop in El Paso, Texas, has driven for the Texas-based carrier for three years, Mckenye said.

After that stop, Bogan was scheduled to deliver his load of 268,000 rounds of ammunition to United Nations Ammunition in Phoenix. However, Bogan missed his exit and found himself in a lane designated to Juarez, Chihuahua, Mckenye said.

Bogan, a 27-year-old Dallas resident, said a law enforcement officer told him he could drive straight on the Bridge of the Americas, but then do a U-turn and return to El Paso. Bogan did not provide additional information on the officer, Mekenye said.

American embassy officials who visited Bogan after his initial imprisonment told Mekenye that Bogan appeared OK. Mekenye said he did not have further information, including when the Demco truck and trailer would be returned.

A group headed up by Daniel Fuller, president of the Hotels 4 Truckers.com Website and a former driver, is calling on the trucking community to gather efforts in support of Bogan. Fuller has launched the freejabin.com Website, providing information on the case and contacts for interested parties to express support for the detained driver.

Bogan’s mother, Dallas-based Aletha Smith, supports the effort. “She’s trying very hard to get some attention to the situation from a national level,” Fuller said. Drivers, he said, by helping increase awareness of Bogan’s detention, “can be the determining factor to helping see this man get returned home.”

Smith said she was in El Paso on Tuesday, May 1, with Bogan’s lawyer and had the first opportunity since her son’s detention to speak with him “He has been accused, charged and indicted” on smuggling counts, said Smith, and sits today in “Mexican federal prison in Veracruz for taking a wrong turn.”

U.S. Rep. Silvestre Reyes said he’s going to do what he can for Bogan. “We need to work with the Mexicans to develop a process to deal with individuals who inadvertently enter the bridge lanes and end up in Mexico,” said the Texas Democrat, adding that he has requested that the issue be on the agenda of the next U.S.-Mexico Interparlimentary Group meeting.

Reyes said he had contacted Mexican Ambassador Arturo Sarukhan to ask that Bogan’s case be handled appropriately in Mexico’s legal system. Carlos Spector, who has gained recognition for asylum and immigration litigation, is representing Bogan. 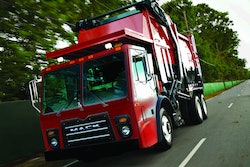 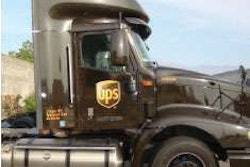