Maverick’s new plan implements a 2 cents-per-mile across-the-board increase for drivers in the temperature control division. All current Maverick drivers, as well as new drivers coming into this division, will receive an increase in starting pay.

In addition, Maverick raised detention pay to $15 an hour, almost doubling the previous rate. Starting pay for experienced temperature control drivers will now be 41 to 42 cents per mile. Students with no experience will start at 35 cents per mile and increase to 38 cents per mile after three months. Drivers receive a 1 cent-per-mile increase after one year. An additional longevity incentive each year, for up to five years, also was announced recently.

“Our goal is to stay competitive in driver recruiting while simultaneously rewarding and retaining our existing drivers,” says Brad Vaughn, director of recruiting for the Little Rock, Ark.-based fleets that operates more than 1,200 units and provides over-the-road and dedicated service to the flatbed, glass, machinery and temperature-controlled transportation markets. “This is the second pay raise that Maverick has implemented in 2012.”

BTC, a Memphis, Tenn.-based flatbed carrier, says the percentage-based voluntary pay program could increase pay for company drivers by 10 percent. “Freight rates are increasing, so this is an ideal time to convert our mileage-based drivers to percentage,” says Dwight Bassett, BTC chief financial officer. “We are so sure that our drivers are will earn more under this percentage program that for the first four weeks BTC will pay the difference between percentage and mileage if mileage pay is more.”

The new percentage-based program gives experienced drivers the opportunity to make up to 27 percent. After completing training, student drivers will start at 24 percent then increase to 25 percent at six months and 1 percent a year until they reach 27 percent. The CSA bonus pays 2 percent of revenue for revenues over $3,750 and 3 percent for revenue over $4,250. 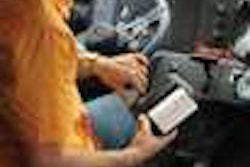 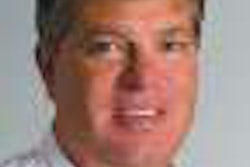 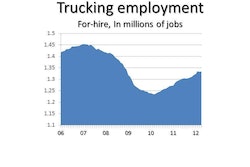