Navistar International Corp. on Wednesday, June 20, announced that its board of directors adopted what it terms a “stockholder rights plan” designed to deter coercive takeover tactics, including the accumulation of shares in the open market or through private transactions and to prevent an acquiror from gaining control of the company without offering a fair and adequate price to all of the company’s stockholders.

Hedge fund manager Mark Rachesky controls a 13.6 percent stake in the Lisle, Ill.-based truckmaker and says he has reached out to Navistar management to discuss his proposals. Billionaire investor Carl Icahn, a former colleague of Rachesky, owns 11.9 percent.

Navistar’s plan involves declaring a dividend of one right on each outstanding share of Navistar common stock. One preferred stock purchase right will be distributed as a dividend on each share of the company’s common stock held of record as of the close of business on June 29.

The board’s plan is the latest June headline development for Navistar. Two weeks ago, the company reported a loss of $172 million for the second quarter of its fiscal year. Last week, a federal appeals court rejected the U.S. Environmental Protection Agency’s ruling that allowed the truckmaker to sell heavy-duty diesel engines that don’t meet the agency’s 2010 emissions standards limiting the amount of nitrogen oxides in diesel exhaust.

An interim final rule issued in January had allowed Navistar to pay fines and continue to sell the noncompliant engines, but Mack Trucks and Volvo Group North America sued EPA over the IFR, arguing, among other things, that the agency had failed to give adequate notice and opportunity for comment.

The three-judge U.S. Appeals Court for the District of Columbia agreed, ruling that EPA didn’t meet any of the statutory criteria for issuing a “good cause” exception. The court said Navistar’s current financial situation wasn’t a proper justification for EPA to issue the rule without following normal administrative procedures. “The rule does not stave off any imminent threat to the environment or safety or national security,” Judge Janice Rogers Brown wrote for the court. “It does not remedy any real emergency at all, save the ‘emergency’ facing Navistar’s bottom line.”

The ruling is at least a temporary win for Navistar’s competitors in the diesel engine market, all of which chose to use selective catalytic reduction technology to achieve EPA’s NOx requirements. Navistar’s advanced exhaust gas recirculation solution does not yet achieve those NOx emissions limits, but the company has been able to use banked emissions credits in order to comply with the regulations while it continues its work on the technology.

As Judge Brown put it, however, “Navistar’s day of reckoning is fast approaching: Its supply of credits is dwindling, and its engines remain noncompliant.” EPA issued the IFR after Navistar informed the agency in October 2011 that it might have as few as three or four months of available credits remaining. EPA’s rule allowed Navistar to continue to sell 2012 and 2013 EGR engines in the United States while paying a noncompliance fine of $1,919 per engine. 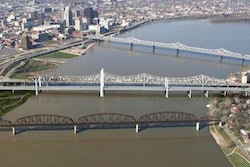 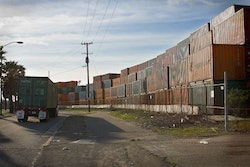 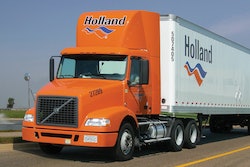