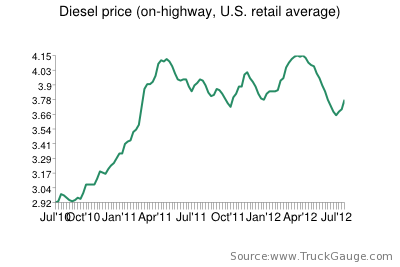 The national average retail diesel price climbed for the fourth consecutive week, climbing 1.3 cents to $3.796 a gallon during the week ended Monday, July 30, according to the U.S. Department of Energy’s Energy Information Administration.

Three weeks ago saw the first price increase after 12 straight weekly declines dating back to April 9; during that time, the price of diesel had dropped 49.9 cents a gallon. Still, this week’s price is 14.1 cents below the same week last year.