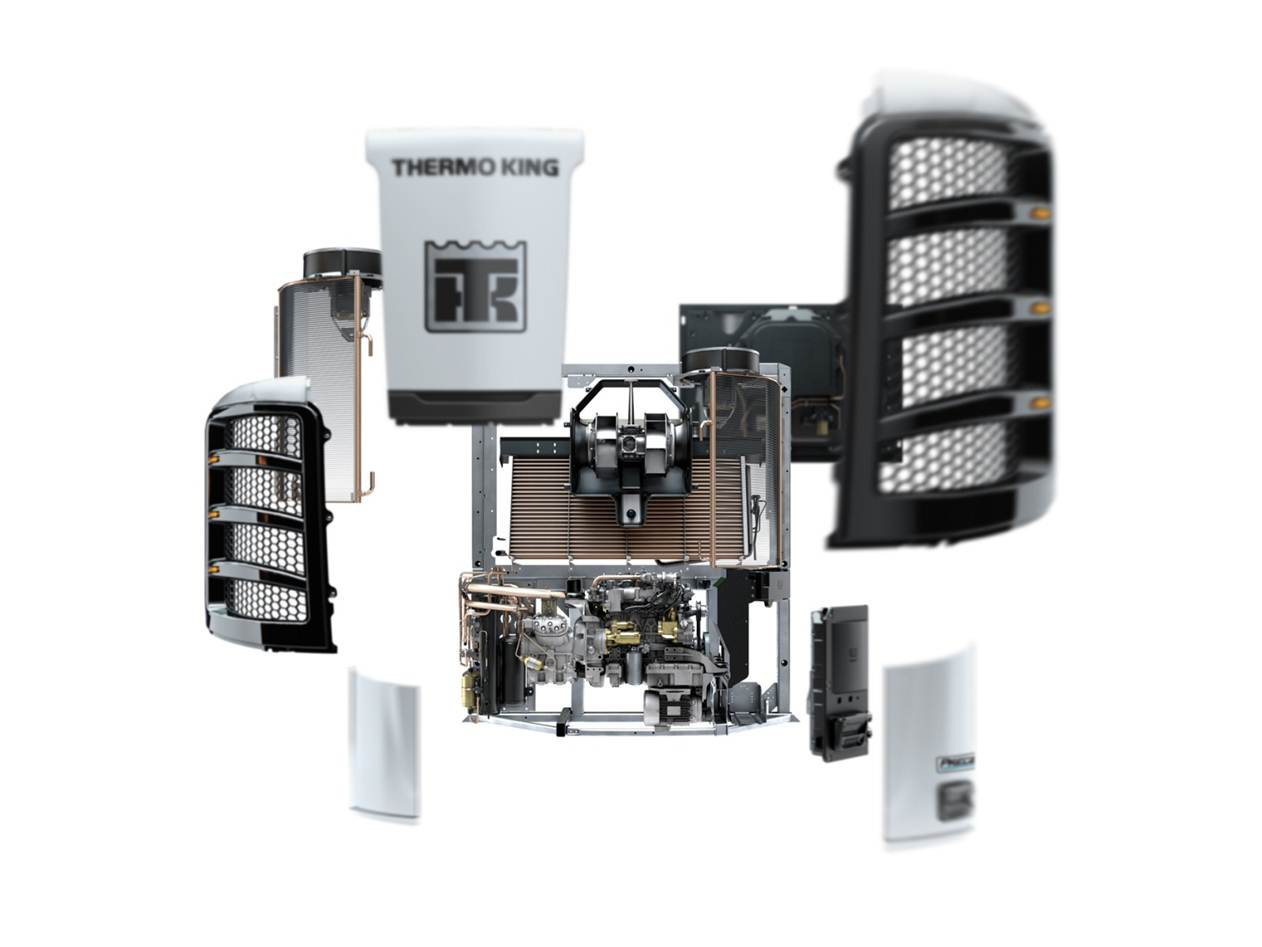 For Thermo King, the pending regulations – as well as existing California Air Resources Board rules – created a dilemma: Should the company simply upgrade its existing line of temperature-control systems to comply with the new regulations? Or was this an opportunity to redesign its products completely to not only meet emissions regulations but also provide customers with greater efficiency and more cost-effective operation?

Thermo King opted to do the latter. The company’s new Precedent line of temperature-control trailer systems is, in the words of Thermo King president Ray Pittard, a complete game-changer for both the company and the refrigerated food industry as a whole. “We have invested $60 million in this new product,” Pittard said. “It is one of the largest – if not the largest – product developments in the history of Ingersoll-Rand.”

At a press event at its headquarters in Bloomington, Minn., Thermo King launched the Precedent, its new trailer temperature control platform it says was built from the ground up to deliver increased fuel savings and performance while lowering lifecycle costs and providing regulatory compliance. The company also announced that beginning Jan. 1, 2013, it also will offer a full range of truck and auxiliary power unit solutions compliant with EPA Tier IV final regulations for engine emissions designed for increased fuel efficiency and emissions control.

“Building on a long history of state-of-the-art engineering, we called on our global development teams to create breakthrough solutions that add value while providing regulatory compliance,” said Pittard. “The innovative Precedent platform and new truck and APU solutions provide our customers with the peace of mind that they have met regulatory requirements while delivering leading performance, significant fuel savings and lower lifecycle costs – all tested under real-world conditions.”

The Precedent platform features a new diesel-direct electric architecture designed to provide optimum efficiencies, temperature control and double-digit fuel savings across real-world applications. The S-series features a fuel injection system built to deliver optimal fuel injection at the right time to control particulate matter emissions within the engine cylinders, helping the engine run more cleanly and eliminating the need for an aftertreatment system such as a diesel particulate filter.

Both the C-Series and S-series offer a variety of maintenance programs through the nationwide Thermo King network of more than 200 dealers.

The new regulation-compliant solutions available in 2013 include T-Series enhancements and the TriPac Evolution APU. The T-Series truck refrigeration units will achieve compliance through a combination of technologies including new engines and an electronic throttling valve to deliver improved pulldown and fuel efficiency.

Thermo King said testing demonstrates that the ETV saves up to 30 percent in fuel, reaches setpoint up to 50 percent faster and runs the engine up to 17 percent less – facilitating operational and environmental savings throughout the unit’s life. The full T-Series range will be offered in 2013 with new model names, including T-580R, T-680R, T-880R, T-1080R, T-680S, T-880S, T-1080S and T-1080S Spectrum multitemperature units.

The TriPac Evolution APU, which can be ordered after Jan. 1, 2013, for shipment in the second quarter of 2013, features software that can be customized to enhance the customer’s operating profile. The APU also features an extended maintenance interval of 1,500 hours, a new flash-loadable control system and improved service access for easier maintenance.