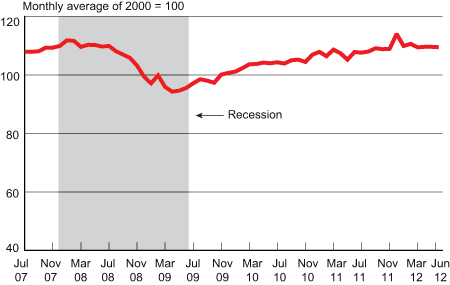 The Freight TSI fell 0.2 percent in the second quarter for the second consecutive quarterly decline; the index rose in nine of the prior 10 quarters. After dipping to a recent low in April 2009 (94.3) when freight shipments were at their lowest level since June 1997 (92.3), freight shipments have increased in 24 of the last 38 months, rising 16.1 percent during that period.

The Freight TSI measures the output of the for-hire freight transportation industry and consists of data from for-hire trucking, rail, inland waterways, pipelines and air freight. The seasonally adjusted index includes data from 1990 to the present. The baseline year is 2000.