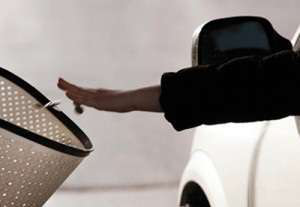 The American Trucking Associations on Tuesday, Aug. 28, urged the U.S. Department of Transportation to reject an application by the Commonwealth of Virginia to toll Interstate 95, saying it would be bad for trucking companies and consumers in the state and across the United States to bear the expense of increased transportation costs.

“Tolls are taxes, plain and simple,” said Bill Graves, ATA president and chief executive officer. “Trucks, as well as cars, need to slow down to pay a toll – thus creating a natural chokepoint for congestion, contributing to increased fuel use and emissions.”

Graves said Virginia’s secondary roads aren’t designed for the large trucks and the significant increases in traffic that inevitably come with traffic diverting off the interstate to avoid tolls. “Putting more vehicles on these secondary roads is a recipe for more accidents and increased maintenance costs for cities and counties across the state,” he said.

Graves, the former governor of Kansas, said while he sympathized with Virginia’s financial plight, tolls were not the answer. “I understand, perhaps as well as anyone, the struggles states have in paying for infrastructure, but tolls are not the ‘conservative solution’ to the problem,” he said. “At a time when many in this country are looking to limit the size of government creating an entire bureaucracy to collect a toll, a bureaucracy that then needs to be paid for from those same tolls, is just wrong,” he said.

Graves said studies have shown that 35 cents of every dollar collected at the tollbooth gets used to pay overhead and administrative expenses, while a 1-cent increase in the state’s fuel tax would raise the $35 million to $50 million the state’s tolling plan would generate.

“I firmly believe that the best way to fund our roads and bridges is through the fuel tax – which directs nearly 99 cents of every dollar collected back into the asphalt, steel and concrete – and not tolls,” Graves said. “Under VDOT’s plan, in the first six years the Commonwealth would spend $95 million just to be able to collect your tax dollars, and that is just wrong.”