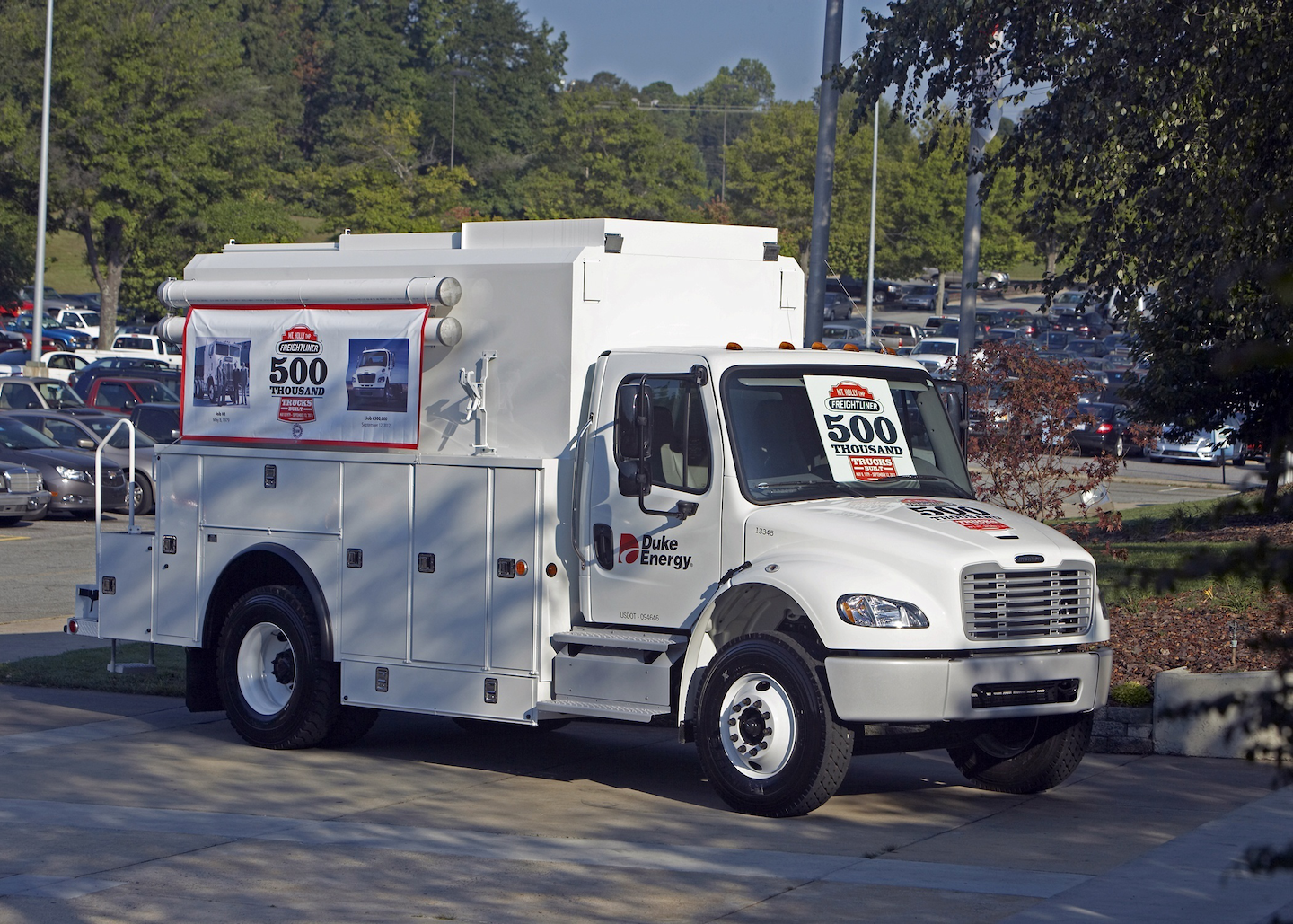 Freightliner Trucks on Wednesday, Sept. 13, celebrated the 500,000th vehicle produced at its plant in Mount Holly, N.C. The keys to the 500,000th truck – a Freightliner Business Class M2 106 with a utility body – were turned over to Duke Energy officials at a Town Hall meeting at the plant. The truck will join Duke Energy’s fleet of field service vehicles.

With more than 630,000 square feet of floor space and about 1,550 employees, the Mount Holly truck plant has produced the M2 line since its introduction in 2002, including Freightliner’s hybrid and natural gas products. The plant also manufactures the Freightliner Severe Duty product line, including the 114SD and 108SD.

“Reaching the 500,000-truck mark is a significant milestone that couldn’t have been reached without the employees’ diligent efforts to meet and exceed customer expectations,” said Mark Hernandez, Mount Holly truck plant manager. “The team at the Mount Holly truck plant shares Freightliner’s long-term pledge to building quality products that reflect our commitment to customer satisfaction.”

Opened in 1979, the Mount Holly truck plant originally produced long-haul heavy-duty Freightliner trucks for customers in the eastern United States and Canada. The plant underwent a major renovation and expansion in 2002 to ready the plant for the M2 introduction.