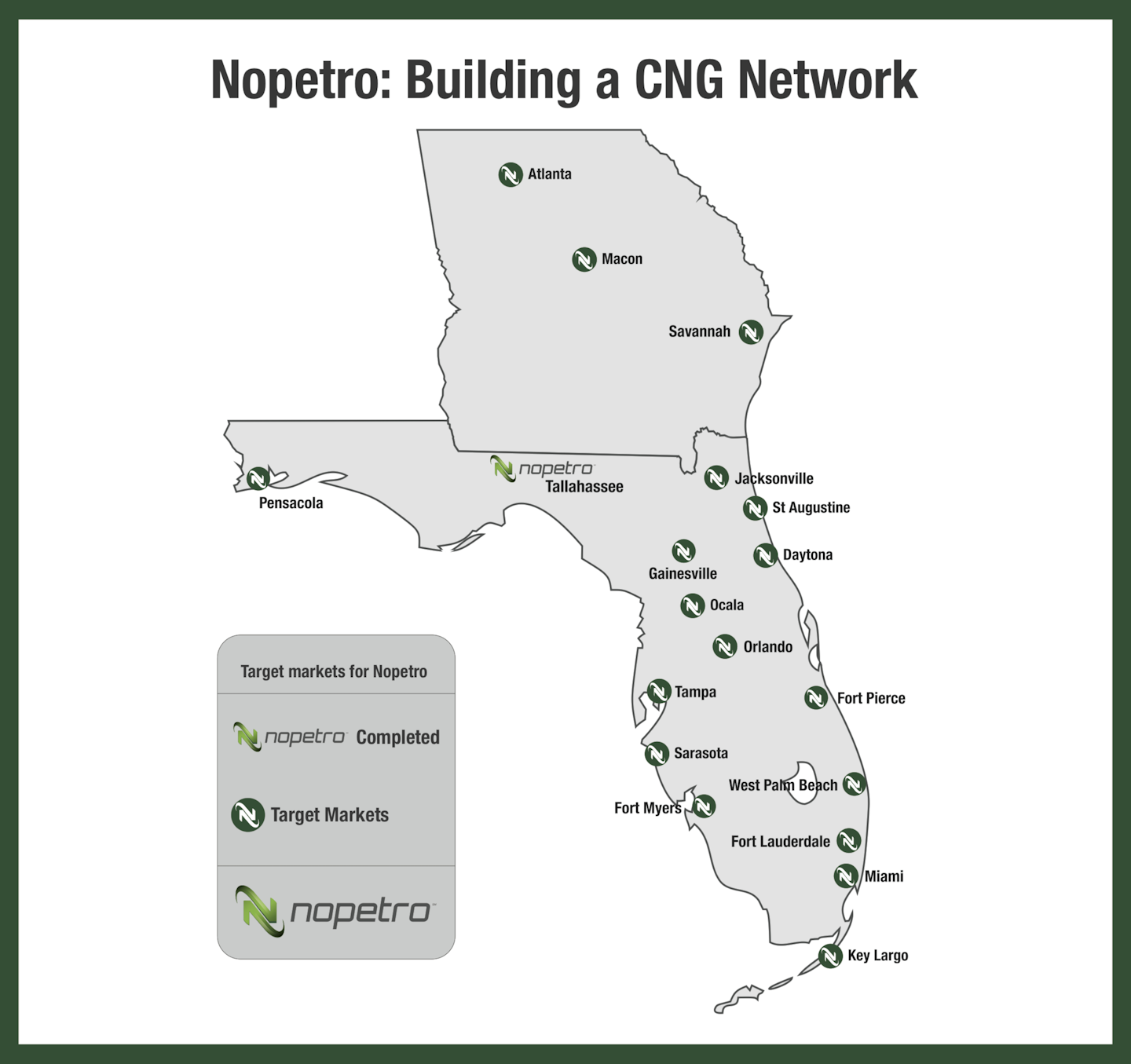 The facility in Tallahassee, Fla., is the product of a partnership between the public and private sectors. The Leon County School District is transforming its entire fleet of diesel-powered school buses to CNG, and other public and private consumers also may fuel their CNG vehicles at the station. A portion of each sale will benefit the school district thanks to the partnership with Nopetro.

Nopetro’s network will produce tremendous cost savings, which will benefit consumers and the area’s economy, and as individual stations are built, local schools and governments will be able to enjoy significant cost savings that will benefit the taxpayers, said Adam Putman, Florida’s Agriculture & Consumer Affairs Commissioner.

“This partnership is exactly what our Legislature had in mind when it established natural gas as a key component of the state’s transportation policies,” Putnam said. “A network of natural gas fueling stations in major cities across our state will encourage commercial fleets and individual consumers to make the move into Florida’s energy future.”