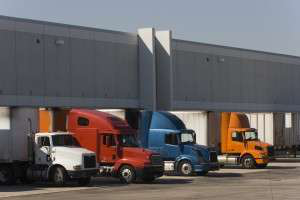 FTR Associates on Wednesday, Oct. 3, announced that its Trucking Conditions Index for August rose 1.4 points from July to a reading of 5.8. The index is a compilation of factors affecting trucking companies; any reading above zero indicates a positive environment for truckers, while readings above 10 signal that volumes, prices and margins are in a solidly favorable range for trucking companies.

FTR said the index has remained in mildly positive territory but without clear direction since the economy weakened in early 2011, but that it expects trucking conditions to improve in 2013 because of modestly better economics and a strong increase in capacity utilization stemming from added constraints on trucking from federal regulations taking effect in mid-year 2013.

“Setting aside the inherent economic risks at the moment, we expect the rate environment to improve for fleets as capacity tightens in 2013 when more stringent hours-of-service rules go into effect,” said Jonathan Starks, director of transportation analysis for FTR. “This will also have the effect of worsening the driver shortage, moving the situation from the currently ‘tight-but-manageable’ level toward a more acute shortage, similar to that experienced back in 2004 when the last major rule change went into effect.”

Starks said truck fleets also will need to keep a keen eye on the economic environment heading into 2013. “A major downshift in growth would have major negative implications on margins just as the new tranche of hours-of-service regulations go into effect,” he said.