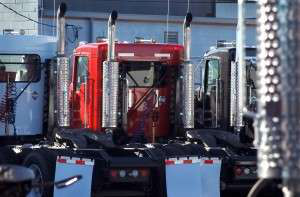 The U.S. Environmental Protection Agency announced that it is awarding $30 million for clean diesel projects as part of its ongoing Diesel Emission Reduction Program, designed to replace, retrofit or repower older diesel-powered engines like trucks, buses, marine vessels and locomotives.

EPA said the clean diesel projects funded through these grants will work to address the more than 11 million older but still functional diesel engines.

In this year’s competition, winners were selected based on a proposal’s potential for maximizing health and environmental benefits by targeting areas that have significant air quality issues.

DERA was enacted in 2005, and since it first was funded in fiscal year 2008, EPA has awarded more than 500 grants nationwide. According to the agency, these projects have reduced hundreds of thousands of tons of air pollution and saved millions of gallons of fuel.

Allen Schaeffer, executive director of the Diesel Technology Forum, said EPA’s announcement was another important step in reducing emissions primarily through the use of clean diesel technology. “DERA has been one of the most bipartisan and successful clean air programs in the past decade,” Schaeffer said. “The combination of new clean diesel technology and ultra-low-sulfur diesel fuel has helped to reduce diesel emissions to near-zero levels for new buses, trucks and off-road equipment. Now the older engines that continue to power our economy will also benefit from the upgraded engines and filters provided by DERA.”

For more information on the grants and the National Clean Diesel Campaign, go to www.epa.gov/cleandiesel.