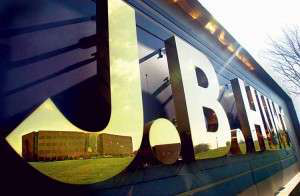 The Lowell, Ark.-based company said load growth of 15 percent in its Intermodal segment and 38 percent in its Integrated Capacity Solutions segment helped drive 15 percent and 30 percent increases in segment revenue, respectively. The company said its Dedicated Contract Services segment increased operating revenue by only 1 percent, primarily driven by the startup of new accounts occurring later than expected, while its Truck segment revenue declined primarily due to operating about 9 percent fewer trucks.

J.B. Hunt said operating income totaled $133 million vs. $119 million as positive results from load growth and improved network balance in JBI and load growth in ICS were offset partially by cost pressures experienced in DCS and JBT. The company attributed its net earnings growth primarily to the growth of revenue, slightly less interest expense and a slightly lower tax rate.