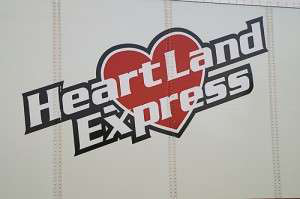 The North Liberty, Iowa-based company said operating income for the three and nine month periods of 2012 were impacted negatively by a $5.1 million and $12.9 million decrease in gains on disposal of property and equipment, respectively.

“The industry continues to be challenged by the shortage of qualified drivers and erratic fuel prices,” the company said. “We achieved minimal fleet growth in the third quarter of 2012 compared to the third quarter of 2011. We continue to aggressively manage our fuel cost through newer model revenue equipment and strategic fuel purchasing decisions.”