Trucking economic outlook — Risk factors to watch for in 2013 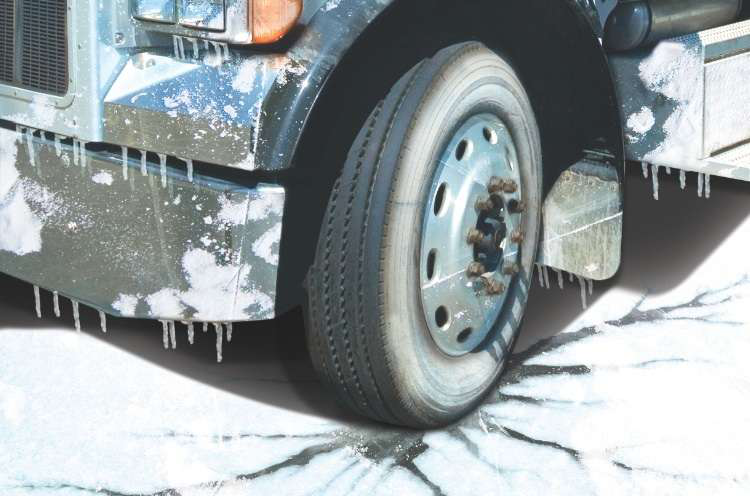 As part of CCJ’s ongoing “On Thin Ice?” series, Part 3 details what risk factors fleets should watch for in 2013.  Part 1 offers commentary from analysts and fleets as to what they see happening in 2013 as far as freight and the economy are concerned — see it here. Part 2 delves into the impact changing regulations from the Federal Motor Carrier Safety Administration could have on trucking — and fleets, specifically — in 2013, as well as surviving in the current economic environment. See it here.

No credible economist claims that his forecast is an ironclad certainty. Analysts speak in terms of upside risks and downside risks – the chances that reality will be better or worse than they have predicted. For FTR’s Perry, most of the risks are on the downside. “If you take away the global exposures, this recovery could last through 2015.” He cites three external events, however, that could change things. 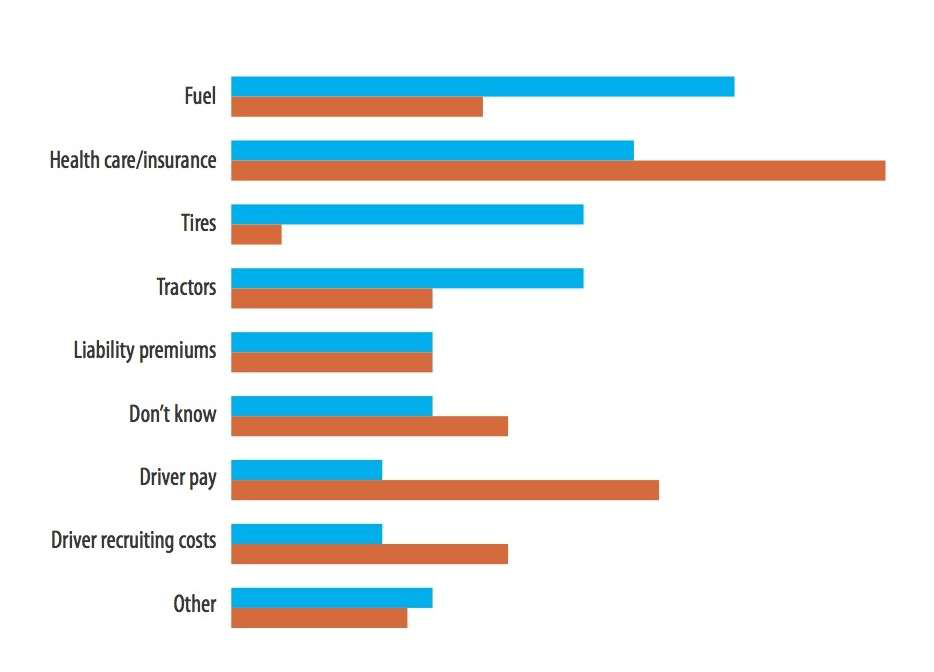 First, a war in the Middle East could cost the world 2.5 million barrels of oil a day. “That could be enough of a shock to put us into recession,” Perry says.

Second, the markets already have factored in a European recession but not a collapse in the Euro. “That will occur given the current political trajectory, but I don’t think it will happen in 2013,” Perry says. The result would be an international banking crisis.

Third, the Chinese economy is approaching maturity, and recessions happen when people overbuild, Perry says. Clearly, China is creating a bubble in both housing and infrastructure, and “it’s certain that within the next 10 years, China will have a recession.” A downturn in the Chinese economy is the biggest risk for a U.S. recession, “but that’s more of a 2015 thing than a 2013 thing.” 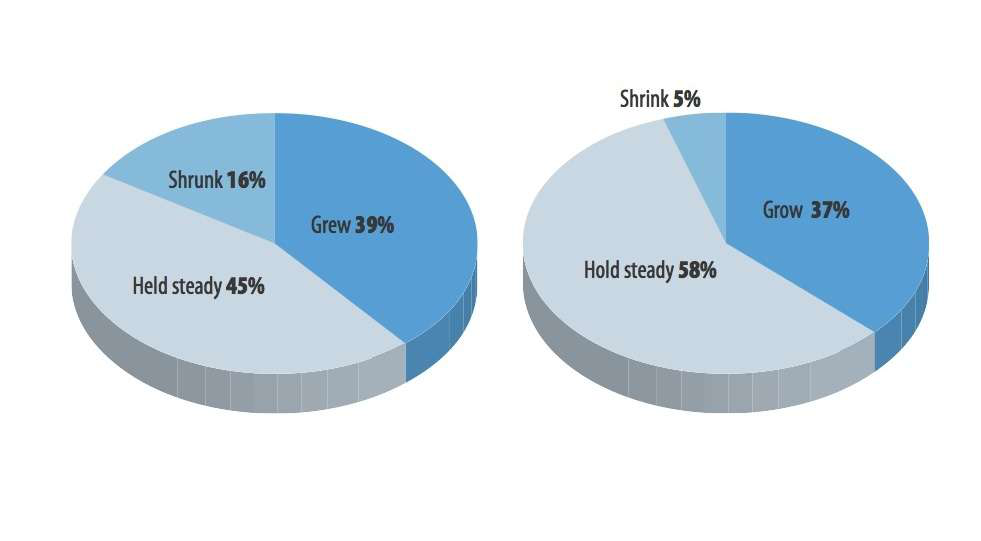 The chance of recession in 2013 barring war in the Middle East is small, Perry says. “I think there’s a good chance for a positive surprise in 2013, but hold on because something bad is going to happen thereafter.”

Larkin adds another downside risk factor on the domestic front: “We don’t know the cost of Obamacare.” Perhaps not, but trucking companies believe that health care costs will rise sharply in 2013. The November 2012 Randall-Reilly survey found that more carriers believe health care-related expenses will be their fastest-rising costs in 2013 than any other cost. “In a period of uncertainty, people aren’t going to make big bets,” Larkin says.

That’s certainly how John Miller sees things. “We have put our planned purchases of tractors on hold due to the uncertainty of the economy as well as Obamacare,” says Miller, executive vice president of Birmingham, Ala.-based Ross Neely Systems. 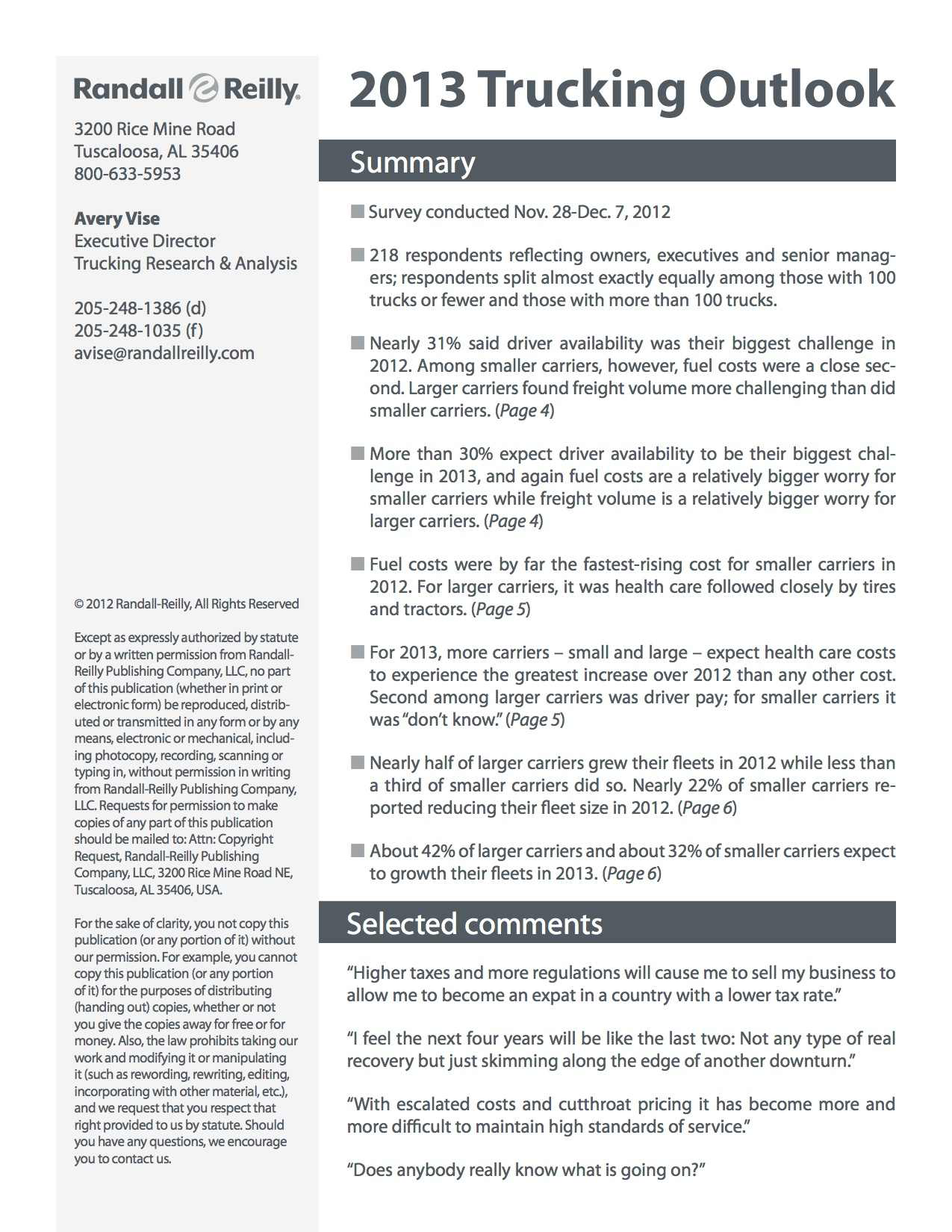 Larkin does see some upside trends. As Western tastes and appetites grow in developing countries, exports also will grow. “And the whole near-shoring/insourcing phenomenon is a big plus,” he says. The advent of robotics makes U.S. manufacturing competitive when taking into account both labor and transportation costs.

Those are developments to watch mostly in the coming years, however. For now, it would seem that 2013 could be better than 2012 but not necessarily great. We should see continued gradual recovery in freight demand coupled with tighter capacity that could make business better for the carriers that can weather the challenges. But it also will be an economy that could break at any moment.

Says Jim Subler, president of Versailles, Ohio-based Classic Carriers, “I feel the next four years will be like the last two – not any type of real recovery, but just skimming along the edge of another downturn.”