At its press conference at the Mid-America Trucking Show in Louisville, Ky., Cummins announced its 2013 engine lineup will offer 2 percent better fuel economy than its 2012 engines. The 2013 lineup already meets the 2013 U.S. Environmental Protection Agency regulations and the greenhouse gas and fuel efficiency rules that will take effect in 2014.

The fuel economy improvements come as a result of changes to gearing recommendations through the use of downspeeding, which allows the ISX15 and ISX12 to achieve peak torque at 100 fewer rpm. In addition, Cummins announced it is approving the use of low-viscosity 10W30 oils, which it says will reduce maintenance expenses through increased oil drain intervals.

“We allow the engine to operate efficiently and effectively down in the 1,200-1,300 rpm range in heavy-duty, whereas three or four years ago we’d have been talking about 1,400-1,500 rpm,” says Steve Charlton, vice president and chief technology officer for Cummins’ engine business. “Just dropping the speed is key to help attain better fuel economy.”

In the heavy-duty engine segment, Cummins said it has 40 percent market share with the ISX12 and ISX15 engines.

Jones says all of the 2013 ISX15 ratings at 450 hp and below now deliver peak torque at 1,000 rpm, and the company recommends that trucks equipped with manual transmissions be geared to cruise at 65 mph at 1,270 rpm for linehaul applications, which is 100 rpm lower than last year.

In the natural gas market, Cummins received EPA certification last week on the long-awaited ISX12 G natural gas engine, which will enter limited production in April, with full production beginning in August. Engine braking, as well as automatic and manual transmission compatibility, will be available. Both the ISX12 G and the ISL G utilize Cummins Westport’s proprietary spark-ignited combustion technology with Stoichiometric cooled Exhaust Gas Recirculation (SEGR) and a maintenance-free Three-Way Catalyst (TWC), and fuel can be stored on the vehicle in compressed natural gas, liquefied natural gas or biomethane forms. All major truck OEMs will offer the ISX12 G in their model lineups.

“We expect volumes to ramp up quickly, and believe that this engine is a game changer when it comes to accelerating the move by a large number of customers to natural gas power,” says Jones. Jones also said the company expects sales of the Cummins-Westport ISL G mid-range natural gas engine to eclipse 5,000 units in 2013.

SuperTruck progress ahead of schedule

The Class 8 Peterbilt 587 powered by a Cummins ISX15 engine averaged 9.9 mpg during testing last fall on U.S. Route 287 between Fort Worth and Vernon, Texas. The testing was conducted over 11 runs meeting SAE International test standards along a 312-mile route. The tractor-trailer had a combined gross weight of 65,000 lbs. In addition to the fuel economy improvements, the truck also demonstrated a 61 percent improvement in freight efficiency during testing, compared to a baseline truck driving the same route, far surpassing DOE’s target goal of 50 percent.

As was announced at the Technology & Maintenance Council convention earlier in March, Cummins and Eaton are pairing to provide an optimized engine-transmission powertrain capable of producing 3 to 6 percent fuel economy improvements (Click here for original story).

Jones said the extra torque provided by SmartTorque2 in the top two gears provides better performance on steep grades and better cruising on highway speeds. Extra torque is optimized based on the ECM’s estimate of the road grade and vehicle mass. “As a result, the engine delivers the right amount of torque to maintain cruise speed in all operating conditions,” says Jones.

A new vehicle acceleration management feature controls fueling rate based on load and vehicle speed, providing smoother performance as the driver moves up the rpm range. 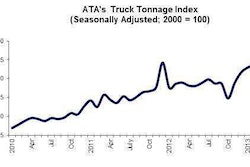 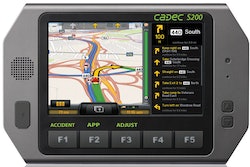