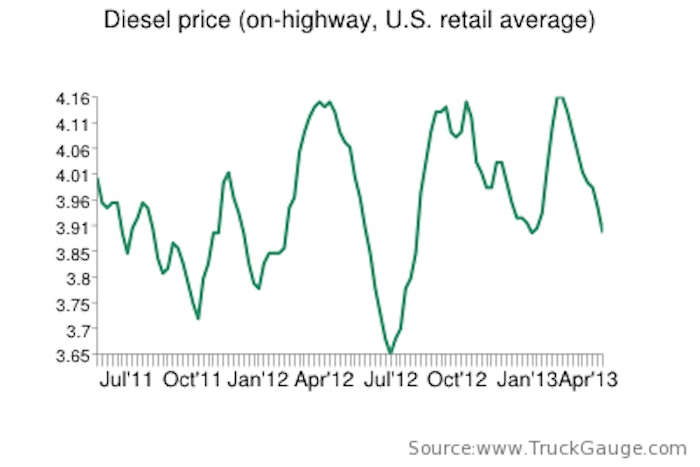 The national average retail price fell 5.5 cents to $3.887 a gallon during the week ended April 22, according to the U.S. Department of Energy’s Energy Information Administration. The national average price is at its lowest level since the week ended Aug. 6, 2012, and the 5.5-cent decrease is the largest since October. Diesel prices are 19.8 cents lower than the same week last year.

Diesel prices fell in all regions, led by a 8.5-cent drop on the West Coast, excluding California. Prices in California remain the highest nationwide on average at $4.079 a gallon. The only other region where the average price remains above $4 is New England, where prices average $4.027 a gallon. The Gulf Coast region still has the nation’s cheapest diesel on average at $3.802 a gallon.