NOTE: Working with CCJ and Overdrive publisher Randall-Reilly Business Media’s RigDig Business Intelligence unit, we analyzed inspection and scoring data at the end of the Compliance Safety Accountability program’s second year since going live in December 2010. Here we report the results of that analysis, offering insights into enforcement patterns and what you can do to keep your business in the clear. This is the final part in a three-part series. Click here to see Parts 1 and 2.

FMCSA insists that its system is not biased against any carriers. The ASECTT (Alliance for Safe, Efficient and Competitive Truck Transportation) coalition of trade associations, carriers, brokers, shippers and other service providers that has taken the agency to federal court believes otherwise. They argue that the system, amplified by FMCSA’s guidance on what the scores mean, puts smaller carriers unfairly at risk as shippers and brokers use the scores as de facto safety ratings.

Insurance companies also are paying more attention to CSA. Plaintiff’s attorneys have succeeded in using concepts of negligent entrustment and vicarious liability against carriers, brokers and shippers to get larger settlements to suits that involved carriers with BASIC alerts, says Tom Dickmeyer, chief executive officer of the Cline Wood insurance agency. In general, the less expertise of the company and/or its underwriters in trucking, the “heavier weight CSA is going to get” in the underwriting process due to ease of access to the public system, he says.

The agency denies that CSA’s SMS constitutes a safety rating and washes its hands of how the data is treated in the real world. “SMS quantifies the on-road safety performance of motor carriers so that FMCSA can prioritize them for intervention,” said spokesman Duane DeBruyne. “Use of the SMS for purposes other than those identified may produce unintended results and inaccurate conclusions.”

The reasons for disparities in the system can be found in how it works, FMCSA says. Larger carriers, with a much larger number of inspections and violations in total, easily exceed the minimum threshold for scoring. So the percentage of carriers with alerts in the BASICs is in line with normal expectations.

On the single-truck owner-operator side, the opposite is true. Just one out of 10 companies with five or fewer trucks has “a score above one of our thresholds,” said a senior FMCSA official in January. Any carrier that fails to meet the “data sufficiency standards” – numbers of inspections with an associated violation within two years – in each BASIC does not receive a public score.

For carriers large and small, this irregularity can sting in different ways. It has become a problem in efforts to secure freight from brokers and shippers, which in January almost 10 percent of Overdrive readers called the No. 1 problem with CSA.

The business impact of this and other scoring scenarios is what’s driving the lawsuit against FMCSA. The suit primarily seeks relief from agency “encouragement” of broker and shipper communities to use CSA scoring data in business decisions until the data quality issues are shored up and a rulemaking process for a new Safety Fitness Determination is finished. The SFD would allow use of CSA data to rate carrier safety as an absolute value.

The suit alleges FMCSA has gone beyond its mandate to reduce crashes by providing the systems’ rankings to the public and offering guides on their use in areas like carrier selection.

It “wasn’t until recently that there was any consequence to having a high score” in one of the BASICs, says Dickmeyer. Today, as brokers get “a lot more pressure with regard to lawsuits coming back on them for the acts of motor carriers that they’ve used, they’re getting much more diligent about who they go with.” Meanwhile, some shippers “won’t entrust their loads to you … if you have high scores or a couple of alerts.”

While the lawsuit threatens to push CSA in one direction, FMCSA is pushing it the opposite way. A Notice of Proposed Rulemaking to make CSA’s SMS the basis for a safe/unsafe-to-use final determination is expected from the agency this year. If no changes are made in the data sufficiency standards and other scoring issues, it could become more difficult for many independents and small carriers to win business. 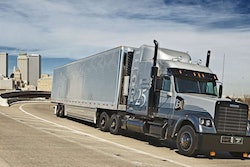