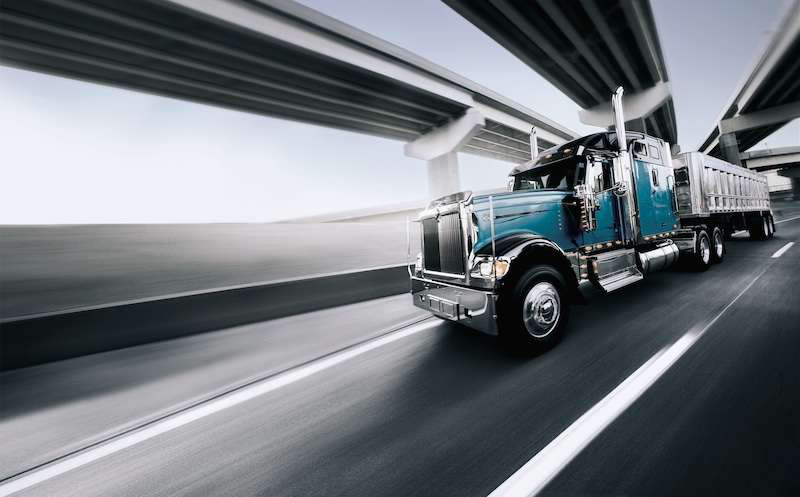 Despite its traditional looks, the International 9900i has been upgraded and improved continually by International engineers. The result is a surprisingly nimble big rig that is as quiet inside as many of today’s aerodynamic tractors.

As I left the muggy mist of Chicago and headed toward Iowa on Interstate 88, the skies suddenly turned stark blue, spattered with brilliantly puffy clouds. The fields and woods were a fluorescent green that would make the Irish mutter with envy.

It was the American Midwest in its summertime glory, and I was driving a truck with an iconic American feel that matched that landscape – International’s 9900i. In many ways, this is a truck from an era of cheap diesel fuel, when fleets and drivers alike sneered at the idea of aerodynamic trucks. The 9900i remains in production, satisfying buyers who value its traditional style over marginal savings on fuel.

International says the 9900i is its default “heavy-haul” tractor, and the company points to the brawny Cummins ISX15 as proof. While true, the plush Eagle interior and the gleaming plum paint on my test truck are clues that International isn’t telling the whole story.

The company knows that for many owner-operators, the long nose, massive grill and towering sleeper ceiling on the 9900i define the quintessential American long-haul truck. Many drivers who want that high-horsepower diesel, regardless of their application, believe that their driving skills can more than compensate for any aerodynamic penalty.

The 9900i cruises easily at 70 mph with about 1,400 indicated on the tach. The continuing tweaks International has made to the cab and sleeper, combined with the constant upgrades Cummins has made to the ISX15, make this a much quieter tractor than expected. During my five-hour drive, I found the truck as hushed as any new aerodynamic tractor I’ve driven.

You’d assume that a long-nose conventional like the 9900i would take serious muscle to maneuver, but I found it to be surprisingly nimble at highway speeds. Combined with the quick acceleration from the 500-horsepower Cummins, this proved to be an outstanding truck for getting up into the top hole quickly and settling into a comfortable economical cruise mode. Also, its turning radius is very good. 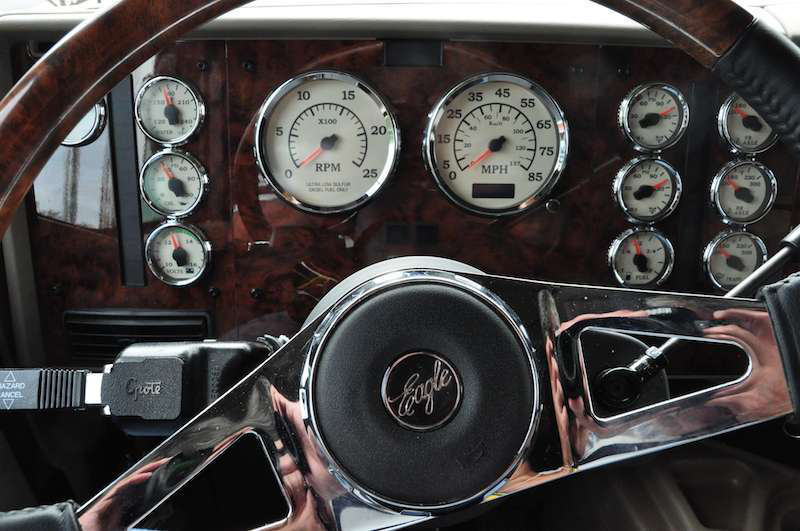 The 9900i’s retro gauge cluster is a nice throwback to the days before all-digital dashboards. The wood-trimmed center-mount dash features a touch a class that many owner-operators finding lacking today.

I was a bit more uncertain about the ultra-old-school nonhydraulic-assisted clutch mated to the Eaton-Fuller 10-speed manual gearbox. It’s rare to see manual transmissions on test drives, and I was a little concerned about how it would perform in heavy Chicago traffic.

Even in stop-and-go snarls near O’Hare Airport, I had no trouble with the clutch, and I didn’t feel any more fatigued than I would have with a hydraulic-assisted setup. I could see why many owner-operators prefer the more robust design.

The 9900i’s view is restricted compared to a slope-nosed tractor like International’s ProStar+, so this requires more caution when negotiating parking lots. Nevertheless, forward and side visibility isn’t a problem because the large windshield and ample side windows.

More clues that International has owner-operators in mind for its venerable 9900i are evident in the magnificently appointed interior. The dashboard was offset with beautiful simulated walnut-grain trim, accenting large retro-styled instrument gauges with ivory-colored backfaces, which looked as if they’d be right at home on a 1950s vintage tractor.

If you groan at spaceship-style instrument displays, then you’ll feel comfortable with the high-end Eagle interior. No wimpy rocker switches here: Everything is flipped solidly on or off with a big old-school toggle switch, and pretty much every instrument gauge was present.

The control layout puts the more frequently used switches – such as the engine brake, lighting and wiper controls – near the driver. The walnut accents extended to the tilt/telescopic steering wheel. The plush leather high-backed National air suspension seat was extremely comfortable.

The roomy 9900i sleeper clearly is designed for drivers who are out for long stretches. Large amounts of natural light, both from overhead skylights and other glass, add to the overall spacious impression. There’s room enough for a large refrigerator and full-length wardrobe cabinet. The bunk is one of the largest I’ve seen, with space for a television, gaming console and other modern conveniences.

As time passes, the 9900i might increasingly find itself relegated to heavy-haul applications where aerodynamics are irrelevant and pure power is the name of the game. Without a doubt, it’s a design that will shine in those work environments for years to come. For then as now, it’s a shining reminder of the golden age of trucking – and a definite purchase option for owner-operators who are determined not to let those memories fade just yet.