Thursday is a big day for trucking. The last, best hope to rein in regulatory overreach takes root with a hearing before the House Small Business Committee.  Trucking representatives will detail the dreadful operational impacts of the new hours-of-service rule, along with the broader safety and economic consequences. The industry’s top regulator, in turn, will defend every last Part, Subpart and Paragraph. But imagine, if you will, what might happen if the Federal Motor Carrier Safety Administration admits mistakes were made.

(More hours-of-service coverage than you can shake a fist at can be reviewed here.)

It’s come to this – having to depend on Congress to do something useful – because the courts declined the industry’s latest plea for relief. Maybe the judges were fed up with listening to the same arguments again and again. Hey, it’s not that big a change in the rule: 30 minutes here and there, a nice long weekend at home for drivers. More importantly, FMCSA followed the federal rulemaking requirements, finally, until the last ‘t’ was crossed.

Indeed, the rule is a triumph of bureaucracy: a complicated mess that pleases no one and improves nothing; a hodgepodge of theories about safety and driver health, supported by misunderstood and misused research and data that claims – even though trucking companies may go broke – to deliver millions and millions of dollars in benefits to the overall economy.

To compare it to a Rube Goldberg machine would not be giving FMCSA enough credit.

Any decent Goldberg device conceivably will accomplish its simple task, no matter how ridiculous the means. The genius of the hours-of-service rule is that there’s no way to tell if the system works – except for maybe an appreciable decline in truck-related crashes. Well, except that truck crashes were declining under the old rule.

On top of all this, HOS is just part of the Compliance, Safety, Accountability scheme. The complexity of a system made up of various, impossibly complex systems would seem to passeth all understanding, save maybe midnight dorm discussion among sophomore philosophy majors. Whoa, dude – you’re freakin’ me out!

Indeed, there’s a certain Zen beauty in the concept, now that I’ve meditated on it – but Zen don’t move freight.

So here’s what FMCSA Administrator Anne Ferro should say Thursday when she testifies:

Thank you, congressmen, for giving FMCSA the opportunity to say we messed up. Yes, it’s difficult for anyone to admit mistakes. And a federal agency is made up of people – hard-working, public-minded people who take their roles very seriously. But sometimes we can’t see the forest for the trees. Sometimes the process becomes an end in itself, with its own momentum. I’m here to tell you the hours-of-service rule simply snowballed. Just four months in, the rule clearly doesn’t work and it’s hurt our credibility with our industry partners. In order to redress the matter as expeditiously as possible, I’d like this committee to show bipartisan support for legislation to roll back the rule immediately. Again, thank you.

I know what you’re thinking: Kevin has indeed been spending too much time staying up late with the college kids, taking in the atmosphere, so to speak. And I admit, the notion is fantastic.

Sadly, for trucking, such a pipe dream might be all the industry has at this point.

Unless maybe you think Congress will actually get together and be productive. Don’t bogart that joke, my friend.

Here’s what Ferro will really say: Trucking will adapt. It always has.

And so the current hours-of-service is here to stay, at least until the greatest Goldberg device ever conceived, the U.S. government, decides to roll out a new but unimproved version. 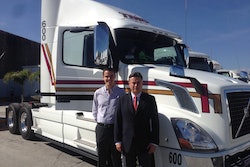 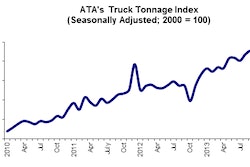 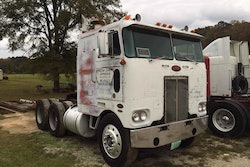