In an annual review of the cross-border trucking program with Mexico, the DOT’s Office of the Inspector General says improvements are needed in the plan for inspecting buses but that the Federal Motor Carrier Safety Administration otherwise “generally complies” with the safety criteria established by Congress – despite a decreasing number of truck inspectors and some software glitches.

“FMCSA has taken steps to improve passenger carrier safety at the border but has not taken sufficient actions to fully address our prior recommendations for improving its capacity to inspect buses,” the report says, referring to FMCSA’s 2009 agreement to revise its bus safety plan to include the frequency of required bus inspections and identify actions to eliminate obstacles to achieving inspection coverage, and to work with U.S. Customs and Border Protection and the General Services Administration to assess the safety and efficiency of the bus inspection space.

According to Bureau of Transportation Statistics, more than 421,000 buses carrying more than 5.6 million passengers entered the U.S. from Mexico during fiscal years 2011 and 2012.

As to the truck safety review provisions mandated by Congress in 2002, the report notes that FMCSA’s inspection staffing at the border has decreased slightly, but the agency said it is training new applicants and reviewing its staffing requirements.

Additionally, a software disruption in FMCSA’s routing software – or Gateway – has prevented states from uploading Mexican driver conviction reports into CDLIS. FMCSA implemented alternative procedures during the disruption that allows inspectors to access information on Mexican commercial drivers, but states’ transmittal of Mexican driver conviction information to CDLIS has been delayed.

“The resulting backlog of convictions could potentially delay enforcement action against some Mexican drivers, posing a potential adverse impact on safety,” the report states.

FMCSA subsequently provided the inspector general with documentation that the backlog had been eliminated.

While citing FMCSA’s actions as “noteworthy,” the audit calls for “additional focus.”

“Robust border inspection processes and practices are important for ensuring FMCSA’s continued compliance with cross-border trucking provisions and the safety of vehicles entering the U.S from Mexico,” the report concludes.

The audit was published Nov. 26 and had a 15-day congressional hold prior to public release. The report is available here. 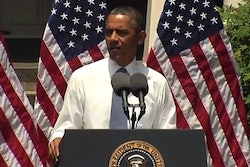 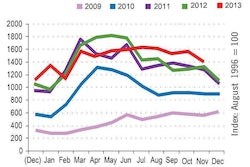 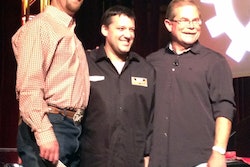