The Federal Motor Carrier Safety Administration’s latest attempt at an electronic logging device mandate has been published in the Federal Register as a Supplemental Notice of Proposed Rulemaking, and the agency will accept public comment on the proposed rule for 60 days.

FMCSA announced the rule March 13 and released the 250-page document. Click here to see CCJ’s prior coverage for an in-depth look at what’s included in the rule.

The rule, when made final, will require all truck drivers who currently must keep records of duty status to use an electronic logging device, formerly known as electronic onboard recorders.

After the 60-day comment period, the agency will begin work on crafting a final rule, which is likely to be published later this year.

The effective date of the mandate would be two years after publication of the final rule, so likely late 2016.

The agency with this rule was directed by Congress and the courts to include more provisions to protect drivers from carriers using the devices to harass them. Click here to see CCJ’s coverage of the eight harassment provisions included in the rule.

Comments on the rule can be made online at regulations.gov using the Docket Number FMCSA-2010-0167 or by email at oira_submissions@omb.eop.gov, using the subject line Attention: Desk Officer for FMCSA, DOT. They can also be faxed to 202-395-6566. 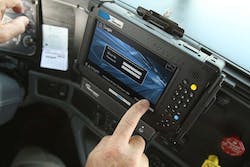 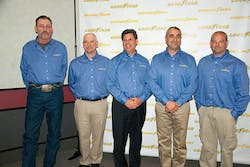