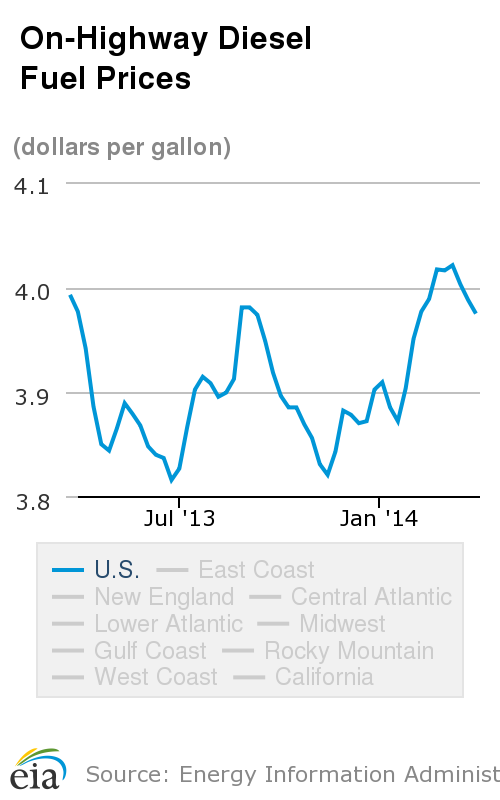 The national average price for a gallon of on-highway diesel dropped for the third consecutive week in the week ended March 31, falling another 1.3 cents to $3.975, according to the Department of Energy’s Energy Information Administration. The price is now down 4.6 cents since the week ended March 17.

It’s also the lowest the price has been in nearly two months, following a big upswing that began in late January and continued to late February.

The national average price is now 1.8 cents lower than the same week a year ago, the EIA says.

ProMiles’ Fuel Surcharge Index reported this week a 1.7-cent drop, bringing its reported national average to $3.914 a gallon, down 2.6 cents from the same week in 2013.

Per the EIA, the average price also dropped in all regions in the U.S., save for a four-tenths of a cent drop in the Gulf Coast region.

The New England region, however, still has the country’s most expensive diesel, $4.255 a gallon, followed by the Central Atlantic, $2.241 and California’s $4.06.