The attempt by railroads, unions and other “anti-truck” groups to distort the truth about the safety of bigger trucks won’t work because the facts will support more productive vehicles, the leader of the American Trucking Associations says.

“The weight of facts that don’t fit your worldview can crush you and make you desperate to change the story, to try to redefine facts,” ATA President and CEO Bill Graves writes in an  opinion piece for the  April 21 print edition of Transport Topics, a trade newspaper published by ATA. He refers to the Railway Supply Institute and “their friends,” who earlier this month made the rounds on Capitol Hill to oppose any change in federal size and weight standards for trucks.

The coalition of safety groups, truck drivers, law enforcement and families of truck crash victims contend the Federal Highway Administration’s Congressionally mandated study of the issue has “significant flaws and potential biases,” the group said in the April 9 press event.

“While the Federal Highway Administration does its due diligence, examining the potential impacts of increasing truck productivity, these people released what they hoped would be an indictment of the government’s impartial examination,” Graves says. “Instead, policymakers, the media and the public saw it for what it was: a shoddy attempt to distort the record because the facts continue to line up against them.”

Their case is an “emotional” and “hysterical” one, Grave contends, “preying on the public’s fears.”

The “outdated” federal rules have not been adjusted in 32 years, according to Graves. He cites experience in other countries “where more productive trucks are prevalent” and in states like Vermont and Maine where truck weights on the interstate highway system have been raised “with no degradation in safety, no spike in crashes” that opponents claim will occur.

Additionally, trailer triples, “which anti-truck groups like to hold up as the poster child for their myopic campaign,” have proved to be among the safest trucks in the 17 states where they have operated for decades, he notes.

“Examinations of possible increases in truck productivity at the state level — and previous federal studies — have all shown the same thing: More productive trucks will allow the trucking industry to meet the nation’s freight needs more safely and more efficiently,” Graves argues.

He also questions how these groups would propose that their food, fuel and even “the paper they print their half-truths on” be delivered as demand grows, along with trucking’s projected share of the freight market.

“If these agitators really want fewer crashes, the simple solution is to make the trucks we already have more productive,” Graves writes. “But these groups don’t really want that.”

Organized labor wants more trucks, which means more drivers – and more potential members, which is a “self-serving and shortsighted” motivation, he suggests.

The so-called safety advocates, however, have a “much more cynical motive.”

“Our industry’s safety record has improved markedly — giving our opponents fewer and fewer opportunities to attack, so truck productivity is the last boogeyman standing,” Graves argues. “It is the last stick to swing, the last argument to make and, most important, the last big fundraising issue.”

ATA will continue to look at the evidence: “study after study” that show more productive trucks are safe and efficient.

“And we’ll wait for FHWA to finish its work — work we expect will, once again, reach the same conclusion — opening the door for more productive vehicles to operate on our nation’s highways,” Graves concludes. 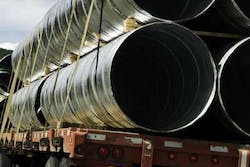 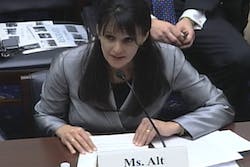 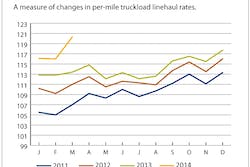