With Congress hard at work on the next surface transportation reauthorization, a coalition of public health and safety groups, truck drivers, law enforcement and families of truck crash victims took time from their Capitol Hill rounds Wednesday to oppose any increases to federal truck size and weight limits.

Their concerns about a policy change come as the DOT’s Federal Highway Administration conducts a Congressionally mandated study on truck size and weight which has “significant flaws and potential biases,” the group claimed in a Cannon House Office Building press event.

Specifically, their objections focus on the study’s methodology and the short timeframe for its completion.

The event comes a day after a Transportation Research Board peer review panel noted shortcomings and offered recommendations for improving the study, referring to it as “a missed opportunity” in their preliminary examination.

“I have serious concerns about the study that the Department of Transportation is conducting on this critical issue. If DOT does not include the most common configurations of big trucks in their analysis, then the validity of the study will be called into question,” said U.S.Rep. Jim McGovern, who was featured on the program. “We want and need the best possible study, and if the process is flawed, this will all be an exercise in futility. Truck size and weight issues have significant safety and cost implications. We need to get this right.”

Among the organizations represented at the event were Citizens for Reliable and Safe Highways, Advocates for Highway and Auto Safety, the Truck Safety Coalition, the Coalition Against Bigger Trucks and the International Brotherhood of Teamsters.

“The ongoing problems plaguing the U.S. DOT Truck Size and Weight Study need immediate attention and corrective action by the Obama Administration. If not, this study will become the lottery prize for corporate trucking interests pushing for bigger, heavier and more deadly trucks on our highways,” said CRASH Chair Joan Claybrook. “Serious mistakes and chronic missteps by DOT, as we have already seen, will produce a shoddy, inaccurate study that puts corporate profits ahead of public safety.”

Trucking interests are divided over the issue.>>

Also Wednesday, however, findings were publicly released for the first time from another report that lends support to opponents of truck weight increases.>> 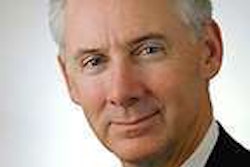 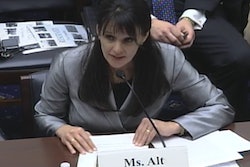