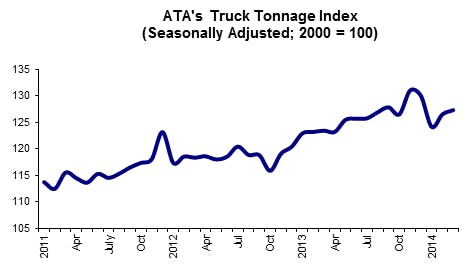 Truck tonnage rose 0.6 percent in March from February, according to the American Trucking Associations’ monthly For-Hire Truck Tonnage Index, but tonnage is still trying to recoup losses caused by severe winter weather in December and January that sidelined freight movement.

ATA also downwardly revised February’s growth, saying tonnage rose 1.9 percent from January and not the 2.8 percent originally reported. The index read 127.3 in March — a 3.1 percent increase from the same month last year. The index hit a high in November, 131.0, before falling off in December and January.

Costello said he still is optimistic about tonnage in 2014, though it probably won’t see the same gain 2013 did. “Despite the fact that tonnage hasn’t snapped back to the levels we saw late last year, the fundamentals for truck freight continue to look good.” 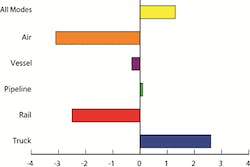