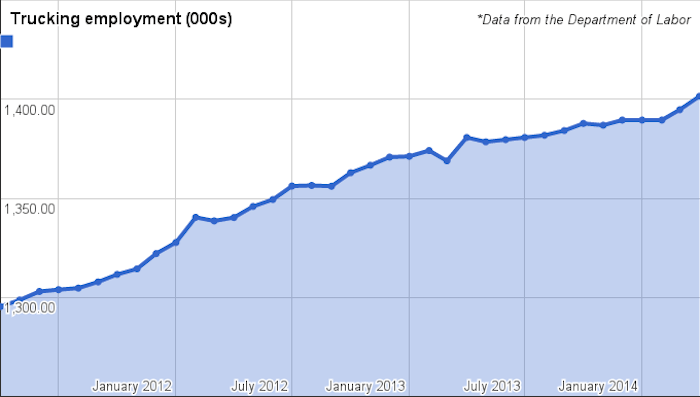 The for-hire trucking industry added 6,800 payroll jobs in April on a seasonally adjusted basis, according to the monthly employment report released May 2 by the Department of Labor’s Bureau of Labor Statistics.

The U.S. economy as a whole added 288,00 non-farm jobs for the month, BLS reports. The national unemployment rate fell 0.4 percent to 6.3 percent in April. The decrease was the largest since September 2008 and unemployment is now at the lowest level in more than five years.

Economists attribute the surge to milder weather following a severe winter that had stifled the economy. Economists had predicted job gains to be about 210,000.

Hiring in the government sector was up 15,000 jobs after being flat in March, while manufacturing gained 11,000, more than making up the 1,000 jobs lost the month before. Mining and logging jobs were down slightly, with 1,100 jobs lost in April.

Economists are divided on whether the March jobs number picked up pace after bad weather in January and February, or if hiring was still stalled by Mother Nature. 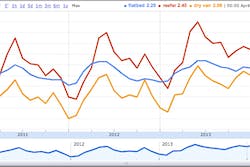 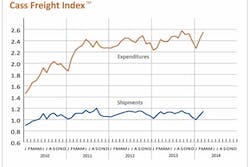 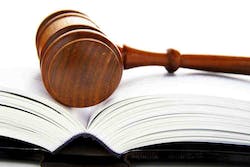 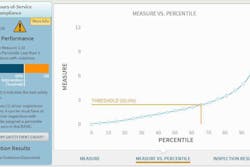