Kevin Jones
Sep 9, 2014
A GROWING SHORTAGE: The American Trucking Associations, assuming a current shortage of more than 20,000 truck drivers compared to available jobs, projects the gap to grow annually over the next 10 years.

The challenge of finding and retaining good truck drivers is nothing new to truckload carriers, but the driver shortage is now having an impact on less-than-truckload and intermodal operations as well, according to Wall Street analysts.

“Drivers, drivers and drivers” are the big issues in the truckload segment, explains John Larkin, the Stifel Nicolaus managing director who tracks the space. “It used to be a problem that only long-haul, irregular-route truckload carriers had to deal with, but now everybody has to deal with it.”

That includes dedicated and private fleets, along with LTL, intermodal and drayage carriers – and there’s no easy answer, he added during a multimodal discussion among the firm’s transportation research team on Monday.

“It’s not clear that taking driver pay up would solve the problem, as you would expect in Economics 101,” Larkin says. And he suggests the problem will continue to be “very interesting” as regulators such as the Federal Motor Safety Administration “make it more and more difficult” for people to become drivers, and for current drivers to be productive.

The electronic logging device rule should take effect in 2016-2017 and, along with a possible speed-limiter regulation, “it could become quite difficult for some of the companies that are not compliant to survive economically,” Larkin says. “That could be a big drag on capacity.”

Small fleets are having “a tough time” – even as large carriers are doing well – and they will continue to be placed at risk by “the regulatory burden,” old equipment and balance sheets with little margin for error, according to the analyst.

Larkin credits the adoption of fleet management systems for improving the efficiency of operations at large carriers, particularly the ability to schedule a truck for a 7 to 10 day cross-country run.

“We’re seeing some big improvements in yield, and some nice reductions in empty miles as carriers implement these systems,” he says.

Looking ahead, Larkin anticipates a wider adoption of natural-gas engines, longer combination vehicles and heavier trucks “if we can ever get over the hurdles in Washington” and, perhaps, autonomous trucks, which “at some point” may be the answer to the driver shortage.

“But that’s a good 15, 20, or 25 years away before we really have any possibility of solving the driver shortage through the use of technology,” Larkin concludes.

On the LTL side, volumes and pricing continue to be strong, Stifel Managing Director David Ross explains. Indeed, LTL seems to finally be regaining some market share lost to the truckload and parcel segments over the past 30 years.

He confirms that the driver issue “has spilled over” into LTL, “but that should be good for pricing.”

Ross also suggests LTL will transition to dimensional pricing over the next three years.

As for rail and intermodal, strong rail volumes have led to network congestion and service issues, Larkin notes.

And the truck driver shortage plays into this as well.

“The highway-to-rail conversion continues, partly due to the fact the truckers can’t find enough drivers. But the real interesting dynamic has been that the truckers and the railroads don’t view each other as competitors; they more or less collaborate,” he says. “Truckers are happy to use rail in their high-density, long-haul lanes and preserve their drivers for those markets that are not intermodal compatible – which happens to be the vast majority of markets.”

Likewise, a shortage of drivers in the drayage sector at ports “could prevent intermodal from really growing to the next level, so that problem has got to be solved as well,” Larkin adds. 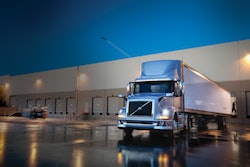