One lucky Mack Trucks fan walked away from the Mid-America Trucking Show with an extra special souvenir: a hand-crafted, Johnny Cash commemorative Martin & Co. D-35 guitar. Ashley Stroud of Wilmington, North Carolina was named the winner of the Mack Trucks Guitar Giveaway, following a random drawing from all entries received.

“My girlfriend got the call that we had won, but we both thought they were kidding,” Stroud said. “We ran over to the Mack booth and sure enough, we won. The next thing you know, I was being handed that beautiful guitar.”

The first-ever Martin guitar finished in a sharp, polished black, the D-35 was one of Johnny Cash’s favorite guitars. Fitting his “Man in Black” persona, Cash played this model of guitar on stage for nearly 20 years. Martin & Co. recently released a replica of Cash’s guitar to commemorate the legendary musician.

“The Mack Trucks Guitar Giveaway was the perfect blend of three American icons: Johnny Cash, Martin Guitars and Mack Trucks,” said John Walsh, Mack vice president of marketing. “We couldn’t be more excited to have someone like Ashley, a true Mack enthusiast, win the grand prize.”

Stroud, a native North Carolinian, is a longtime Mack fan. Working as a heavy-duty truck mechanic, he said he fell in love with the brand after experiencing firsthand Mack’s reputation for well-built, tough and durable trucks that are easy to service. His enthusiasm for the brand goes beyond the workplace to his home, which welcomes visitors with a Mack door mat and features custom-built stools crafted from Mack truck seats.

As for his new guitar, Stroud says he definitely has plans to improve his playing ability.

“I picked up an inexpensive guitar years ago and have been learning to play a few songs,” Stroud said. “I’m playing this new one every night and you can bet that I’ll be learning even more.” 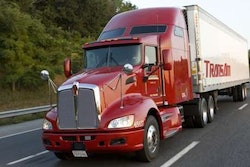 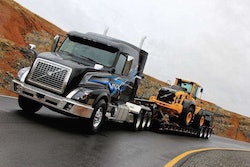 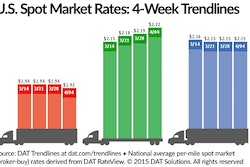