And, says DRIVE Act sponsor and long-time advocate of robust highway funding Sen. Barbara Boxer (D-Calif.), the goal is for the bill to come before the full Senate prior to the July 31 expiration of the current 60-day funding stopgap measure, instead of another short-term patch.

“Today our committee proudly took a step forward in advancing our nation’s economic interests by unanimously passing the DRIVE Act, a six-year surface transportation bill.  The time to act is now so that Congress can provide states and local communities with the certainty they deserve in rebuilding our roads and infrastructure.  We will be working with Senate leadership to bring this bill to the Senate floor before the Highway Trust Fund expires at the end of July.”

Funding for the bill, however, is still the major question mark facing the DRIVE Act. The EPW’s clearance is one hurdle, but the bill could face stiffer odds in the Senate’s Appropriations Committee — the group of lawmakers responsible for determining the funding mechanism for the six-year legislation.

The House also has a version of the DRIVE Act in the works. It was introduced earlier this year but has seen no action.

Stay tuned to CCJ this week and next for more details on the highway bill and what it contains. 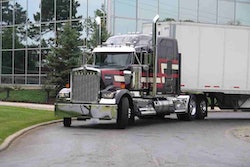